Bill Wyman has joined forces with his former Rolling Stones bandmates to record a track to feature on an album being released in memory of the group's co-founder Ian Stewart. 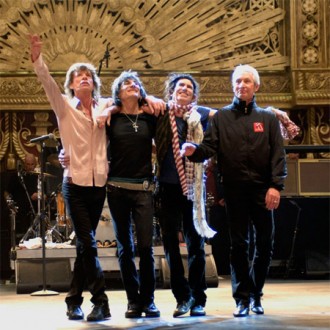 Bill Wyman has reunited with his former Rolling Stones bandmates for a new tribute album.

The bassist – who left the ‘Satisfaction’ group in 1992 – has teamed up with Sir Mick Jagger, Keith Richards, Charlie Watts and Ronnie Wood to record a version of Bob Dylan’s ‘Watching The River Flow’ on new charity record ‘Boogie 4 Stu’, a compilation in tribute to the band’s co-founder Ian Stewart.

The quintet did get together in the studio to make the track however, with each laying down their parts in separate studios around the world.

A source explained: “Charlie and Ronnie were already playing on the album and then Keith recorded his parts in New York, including ‘Watching The River Flow’.

“This was emailed back to Mick in France and he sent it back with a vocal and harmonica track. Bill also put the bassline on.”

The Rolling Stones have used session musician Darryl Jones both live and in the studio since Bill left the group, and recorded their last album together in 2005.

A rumoured tour to mark the band’s 50th anniversary next year has yet to be confirmed, but Keith, Charlie and Ronnie have all said they are keen for the band to go on the road again.

Although Ian was not a fully fledged member of the band, he played keyboard and piano with the Rolling Stones until he passed away aged 47 in 1985.