Scottish rockers Biffy Clyro are big fans of Gary Barlow and think they could learn a lot from the Take That frontman. 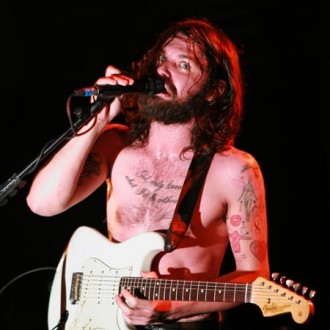 The Scottish rockers were desperate to meet the Take That frontman at last week’s Q Awards, and while they admire his music, they think they could learn more from him about their appearances.

Frontman Simon Neil said: “It was quite an exciting room to be in, Noel on one side, Bono on the other and Barlow on the right.

“We’re hoping to meet Gary Barlow, it’s the objective for the day. We’re watching ‘X Factor’ but only Gary.

Drummer Ben Johnston added: “I think Gary seems like a really great guy and I think anyone whose been around in the music industry as long as he has, you know, he won the Classic Songwriter award, I’m sure we could get some tips on how to look as good as he does… I wanted to say sounds as good as him but I don’t think we want to sound like Take That.”

The group picked up the award for Best Live Act at the ceremony and described triumphing over acts including Coldplay and Beyonce Knowles “mind-boggling”.

Ben told BANG Showbiz: “It feels incredible, a bit mind-boggling I guess, it’s not something we thought we’d achieve when we started the band and Q awards are a different world to what we grew up in so it’s nice to be a part of that.”