Biffy Clyro have been approaching the writing process for their follow-up to 'Only Revolutions' in a ''different'' way. 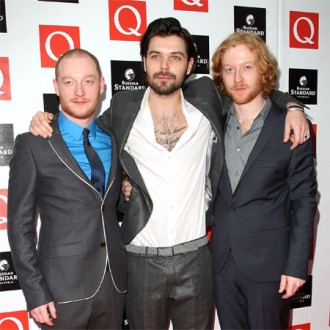 Biffy Clyro are writing songs in a “different manner”.

The Scottish band are currently writing the follow-up to ‘Only Revolutions’, and singer Simon Neil has confirmed the group have taken a new approach for the planned double disc set.

He said: “It sounds dangerous when you say it out loud but we’re trying to explore writing songs in a very different manner.

“We’re not going to throw every song we’ve ever done on it – it’s not that kind of double album.”

However, he admits it will not be a massive departure from what the band – which also includes brothers James and Ben Johnston – are best known for.

He added in an interview with BBC Radio 1: “There are a couple of songs that are written entirely on keyboards, string sounds, and I guess Phil Collins-type electro beats behind it.

“We’re just investigating and experimenting with what we feel comfortable doing. We haven’t got any reggae songs or dubstep. That’s not going to appear on the new one, but there’s a song that’s a bit mariachi, which is going to be beautiful.”