Beyonce Knowles has been rehearsing for 10 hours each day to prepare for her headline performance at the Glastonbury festival on Sunday (26.06.11). 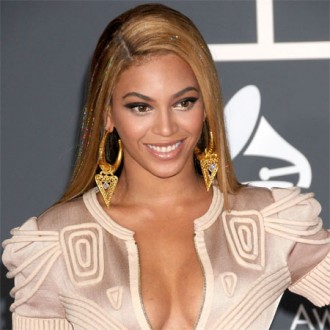 Beyonce Knowles is rehearsing for 210 hours every day ahead of her Glastonbury show.

The ‘Halo’ hitmaker headlines the world-famous music event in Somerset, South West England, on Sunday (26.06.11) and is determined to give the best show she can, so has been throwing herself into preparations.

A source said: “She’s been working hard. She wants her and her dancers’ routines to be perfect and doesn’t want to get a foot wrong.”

The insider added to The Sun newspaper: “By tomorrow she won’t be doing any more rehearsing. She’ll be relaxing with Jay-Z and they’ll head to Glastonbury together.”

Beyonce – who joined Destiny’s Child when she was just 14 – previously revealed her dedication to her career meant she didn’t have many friends.

She said: “Socially I did miss out. I left school at 14 and had a tutor. I was never exposed to people long enough to make friends so my family became my friends.”