Beyonce Knowles played to a star-studded audience at the UK launch of her new album '4' in London last night (27.06.11), where guests included husband Jay-Z, Gwyneth Paltrow, Adele, Ewan McGregor and the cast of 'Glee'. 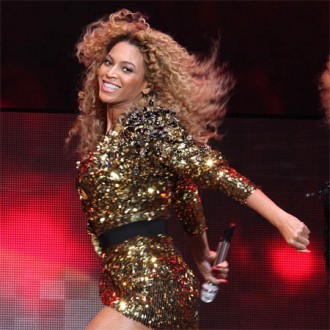 Beyonce Knowles played to a star-studded audience at the UK launch of her new album ‘4’ last night (27.06.11).

The singer – who closed the Glastonbury music festival on Sunday night (26.06.11) with a spectacular set – performed an intimate show at London’s Shepherd’s Bush Empire, where she was watched by husband Jay-Z, Gwyneth Paltrow, Jessie J, Adele, Ewan McGregor and the cast of ‘Glee’.

As well as playing songs from the new LP including ‘Run The World (Girls)’, ‘1+1’ and ‘The Best Thing I Never Had’, Beyonce also treated the 1,500-strong crowd to classics such as ‘Single Ladies (Put A Ring On It)’ and ‘Halo’, as well as a medley which included Queen’s ‘Bohemian Rhapsody’ and Kings of Leon’s ‘Sex on Fire’.

And as they joined in with all her songs, she said: “I just love hearing you all sing.”