Beyonce creating her own genre

Beyonce wants to create her own genre of music with the tracks she's writing for her fourth album. 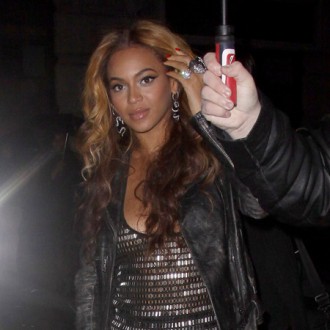 Beyonce wants to create her own genre of music.

The ‘Single Ladies (Put A Ring On It)’ singer is presently working on new tracks for the follow up to her 2008 ‘I Am… Sasha Fierce’ album, and is planning to make her own entirely new genre of music with the track.

She told Entertainment Tonight: “I love to dance, I love to sing, and I’m actually in the studio now writing songs and producing.

“I have a lot of live instruments that I’m putting into the tracks to try to change the sound and make my own genre of music.”

In September it was revealed Beyonce was auditioning producers to make tracks with her for her next album, which will be her fourth solo record.

Jim Jonsin – who worked with Beyonce on tracks including ‘Sweet Dreams’ – said: “We’re submitting tracks to her, see if she’s digging the direction and if she does, then we’re gonna follow that direction.

“I’d like to take it even more Depeche Mode-ish, like ’80s electro with just some hard drums

“I think she’s trying to find sounds that she likes from different producers.”