Benji Boko has his sights set on collaborating with Gorillaz frontman Damon Albarn. 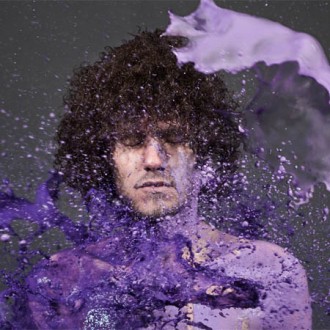 Benji Boko has his sights set on collaborating with Damon Albarn.

Following the release of his debut album, ‘Beats, Treats, and all things Unique’ in June – the dance musician is working on his ultimate musical goal of collaborating with the musician, wjho is a member of both Gorillaz and Blur.

He said: “I’d love to work with Damon Albarn and the Gorillaz – I haven’t approached any of them yet because I’m not in a position for them to want to do that with me. I know that I’m not ready.

“I need to get a good remix and a really good album arsenal under my belt before I can do that because at the moment it feels like I don’t have enough ammo. I need to get more ammo and then I’ll be in a position to get to those people but I definitely set my goals high and if Damon is reading – he needs to get in touch!”

The producer has previously collaborated with a string of artists including Roots Manuva, Beardyman and Deuce Eclipse – but he counts his biggest accomplishment to date as getting vocalist Maxi Jazz from Faithless on his single ‘Where My Heart Is’.

He added: “I wasn’t star struck by Maxi. He’s such a nice and normal guy so that made it easy. We just hung out for the day in the studio and went to watch the formula one in Brighton – then went back to the studio and recorded before he drove back up to London.

“Since then I’ve been working on bits and bobs with him and we’re hopefully doing a few more collaborations and remixes so it’s all good.”

Benji’s debut album ‘Beats Treats and All Things Unique’ is out now.