Beastie Boys have promised their next album will be a ''party record'' because they want to celebrate the positives in their friendship after band member Adam 'MCA' Yauch was diagnosed with cancer. 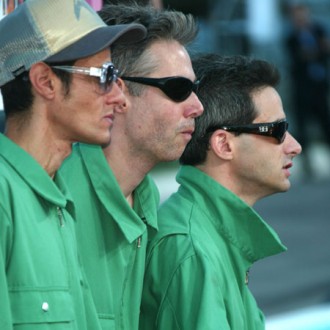 Beastie Boys think their next album will be the “most insane party record” ever.

The group admit they have no long-term plans while band member Adam ‘MCA’ Yauch continues to receive treatment for cancer – which was diagnosed in 2009 – but believe once they return to the recording studio, his ordeal will have a positive impact on their music

Adam ‘Ad-Rock’ Horovitz told The Guardian newspaper: “I have a feeling the next record is going to be the most insane party record you ever heard.

“Because if you go through something like what Yauch’s going through. I mean, s**t. After that, you must feel pretty good.”

The ‘Fight for Your Right’ hitmakers believe Adam’s illness can “intensify” the light-hearted aspect to their music because they want to celebrate the fun times in their friendship, rather than “mope”.

Michael ‘Mike D’ Diamond explained: “In an odd way I almost feel that it could more intensify the goofing around aspect of what we make together.

“Because that’s the release – that’s what you value it for. When we’re all together, are we gonna wanna have fun together and remember that?

“Or are we gonna want to hang our heads low and mope around? No, we’re gonna wanna really enjoy it and savour those moments.”