Liam Gallagher has promised his band Beady Eye's next album will be ''life-changing'' and will be inspired by George Harrison's seminal solo LP 'All Things Must Pass'. 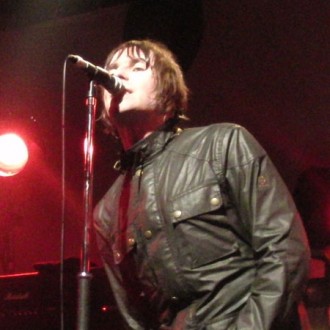 The group are getting ready to start recording the follow-up to ‘Different Gear, Still Speeding’, and singer Liam Gallagher promises it will be a landmark LP in his career.

Referring to the group’s debut, he said: “It wasn’t life-changing, but the next album – that’ll be life-changing. It’ll be a much grander affair too, with strings.

“I’m really into ‘All Things Must Pass’ by George Harrison at the moment, so I think we’ll be going down that road a bit more.”

Referring to the famous Wall of Sound producer, he added: “(It will be) a bit Phil Spector-ish. I want it to be big-sounding. But there will be some rock ‘n’ roll too. You’ve always got to have a bit of rock ‘n’ roll.”

Liam also doesn’t understand how people could dismiss the group – which also includes Gem Archer, Andy Bell and Chris Sharrock, who were in Liam’s old band Oasis at the time of their split – just because it doesn’t involve his estranged brother Noel.

He added to The Independent newspaper: “I was surprised that people were surprised [by how good the album was]. The idea that we wouldn’t be able to make a decent album between us is stupid. I know what I’m doing, Gem and Andy have been writing great songs for years so they know what they’re doing. Why wouldn’t it be good?”