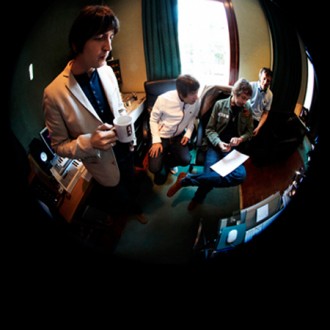 The band – fronted by ex-Oasis singer Liam Gallagher and three other former members of the group, Gem Archer, Andy Bell and Chris Sharrock -recorded their 13 track debut in London over the last few months and have already released one track, ‘Bring The Light’ for free through their website.

He said: “I heard Liam’s album about three months ago – he came to my room and put it on a little stereo.

“The album’s fantastic and it’s not Oasis anymore, its Liam’s band. I support him all the way with that. I don’t think he cares, he just wants to make music.”

‘Bring The Light’ was met with a warm reception from fans, receiving over 350,000 downloads in the first 24 hours of its free release. Tickets for the band’s short UK tour of six days next March sold out in less than half an hour.

‘Different Gear, Still Speeding’ will be released on February 28 2011.

Kill For A Dream

Standing on the Edge of the Noise

The Beat Goes On