Basement Jaxx star Simon Ratcliffe has revealed he and Felix Buxton have begun work on a new album.` 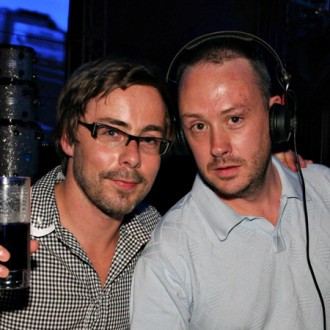 Basement Jaxx are “refreshed” and “ready” to record their new album.

The ‘Bingo Bango’ hitmakers released their last LP ‘Zephyr’ in 2009, and after finishing their last live tour in 2010 the duo took time out to pursue other projects, but have now started preparing tracks for a new record.

Simon Ratcliffe exclusively told BANG Showbiz: “I think it’s time to get on and do some Basement Jaxx tunes, we both feel quite refreshed and ready for the next phase.

“We’ve got a few tunes which need finishing and they should result in an album. There is going to be another Basement Jaxx album, definitely.”

Simon added the work he and bandmate Felix Buxton have done away from the group and the fact they’ve worked on soundtracks to two films – ‘Attack the Block’ and ‘The Hooping Life’ – have inspired there new tracks.

He said: “I did my solo EP, Felix did a couple of dance tracks and the orchestral thing, it’s been good as we’ve had a break from the pressure of it all, and doing the films was wicked, and throwing ourselves into a world we weren’t accustomed to, you come across new sounds, textures, chord sequences – it’s all good practice.”

Simon also teased that fans will be able to catch a preview of what their new material will sound like, if they go to see them DJ, as they have started dropping tracks into their live sets.

He added: “We’ve started playing some tunes in our DJ sets, and that’s how we always used to do it, when we started the first album we played the songs in our DJ sets and they morphed from there really.”

Basement Jaxx are part of the line up who will be performing at the Smirnoff Nightlife Exchange Project at Alexandra Palace on 12th November 2011. To find out more visit www.facebook.com/SmirnoffGB