Backstreet Boys love their gay fans because they ''know how to frickin' party!'' 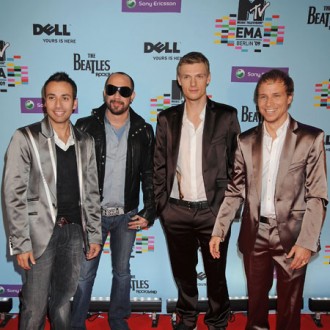 The ‘I Want It That Way’ hitmakers are all “in touch with their feminine sides” and appreciate their homosexual fans because they are always up for having a fun time.

Asked why, unlike N*Sync, Boyzone, Westlife and New Kids On The Block, they have no gay members, singer Nick Carter said: “I can’t explain why. I think a lot of the guys are in touch with their feminine side though, if that’s OK?

“We’ve definitely had a huge gay following at the concerts, and we love them. They know how to frickin’ party!”

Backstreet Boys are currently on a joint tour with New Kids On The Block under the name NKOTBSB and Nick says the pairing works well, because the two acts are so similar.

He said: “We come from two separate eras, but the similarities are that we dance, we sing and the songs were R ‘n’ B influenced.”

The singer also believes current boy bands should aspire to be like his group.

He added to Attitude magazine: “We come from an era of Take That, New Kids, N*Sync. I’m not trying to say we live in the past, but when you think about what we are, we’re the epitome of what it should be.”