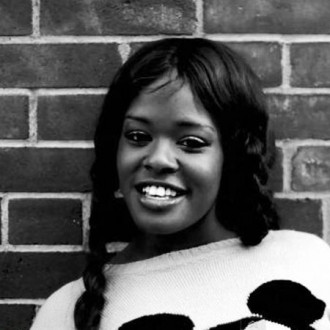 Azealia Banks doesn’t like being compared to Nicki Minaj.

The ‘212’ rapper went to the same school, LaGuardia High School of Performing Arts in New York, as Nicki and also has a similar distinctive sense of fashion, but insists they are very different characters.

She told The Guardian newspaper: “She’s only had one album, and she’s only been famous for a year, so she doesn’t have that big of a legacy for me to be the new her. She’s her and I’m me.”

Azealia is also keen not to be pigeonholed into just one sound, wants her debut album to reflect her eclectic personality.

She added: “I want to create a smorgasbord of sounds, so they’ll be like, ‘Oh, I get it, she’s a musical person who likes to make different kinds of music, she’s not just in the hip-hop or electronic categories.’”

Although she is critically acclaimed, Azealia had a rough early start in the record industry, when she was signed with Britain’s XL Records, with the relationship leading her to go “into a bit of a depression” before she eventually parted company with them.

She explained: “It was almost the day I signed to XL that they started checking out. There were a good seven to eight months where I was just sending them texts and no-one would say anything or pick up the phone or respond to my emails. Nothing. And it started to ruin me.

“I was like, this is not what I worked so hard my entire life to do – to be rejected by some English guy in West Bumblefrickin’ nowhere London, telling me I’m amateur or something like that. So I just said, ‘Screw you!’”