Aretha Franklin on road to recovery

Aretha Franklin is recovering well after undergoing ''highly successful'' surgery in the US yesterday (02.12.10), and has sent a message of thanks to doctors who looked after her. 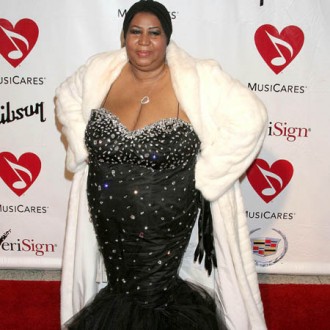 Aretha Franklin is recovering well after undergoing “highly successful” surgery in the US yesterday (02.12.10).

The legendary ‘Respect’ singer thanked doctors and staff at the hospital in her home city of Detroit, and said she is doing well – although it has not been specified what her operation was for.

In a statement Aretha, 68, said: “I had superb doctors and nurses whom were blessed by all the prayers of the city and the country.”

On Wednesday (01.12.10) fans had gathered outside the hospital where she was to be treated in a vigil, saying prayers for the soul and gospel singer, frequently referred to as the ‘Queen Of Soul’.

Aretha had cancelled all public performances for six months in November “at the insistence” of her doctors, leaving her disappointed that she wouldn’t be able to sing at a planned Christmas show in Detroit.

The singer also had to cancel two shows in August, after she broke two of her ribs in a fall.

Aretha is one of the most successful soul singers of all time, having sold millions of records, and recorded hits across the globe with songs including ‘I Say A Little Prayer’, ‘Son Of A Preacher Man’, ‘Think’ and ‘(You Make Me Feel Like) A Natural Woman’. She has also won 18 Grammy awards, became the first female artist to be inducted into the rock ‘n’ roll hall of fame in 1987 and was the only singer to feature at the 2009 US presidential inauguration for Barack Obama.