Arcade Fire have revealed they once nearly died while playing a concert in Paris during a thunderstorm. 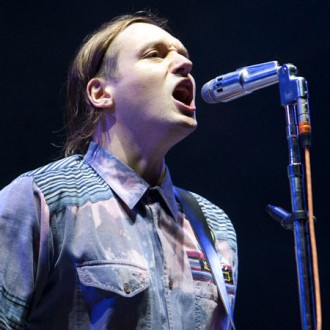 The Canadian group – who played their biggest ever UK gig in Hyde Park last night (30.06.11) – had a terrifying experience when they performed during a Paris thunderstorm last summer.

Speaking to Absolute Radio’s Geoff Lloyd, they revealed: “We got clobbered in Paris last summer. It was insane. It just happened really sudden. I mean, you know, it’s happened to many bands but it was the first time for us, where it just came in sideways and suddenly, and literally just everything stops right now.

“Two inches of water on the stage and we were like playing through it, and everyone thought they were going to die from electrical shocks.”

After the success of their last album ‘The Suburbs’, Arcade Fire are already planning a new record.

They said: “There’s always a danger of new music from us. We are just in the midst of sort of like setting up an environment that we will play in. There’s a danger that we’ll be creative soon.

“I mean, it’s always nice to have that option of like banging something out and putting it out there. Especially now like there’s no model, you know, of how things should happen.

Listen to performance highlights and the full interview from Arcade Fire at Hyde Park at www.absoluteradio.co.uk