Annie Lennox has been named the 2011 recipient of the prestigious 02 Silver Clef Award given by charity Nordoff Robbins. 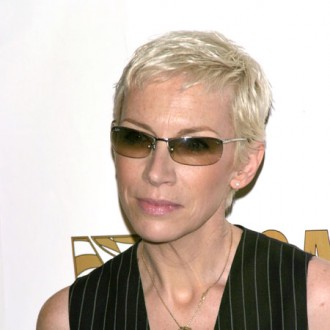 The former Eurythmics singer will be recognised with the award by music therapy charity Nordoff Robbins for her contribution to the UK recording industry.

She said: “I am thrilled and honoured to be receiving the O2 Silver Clef Award from Nordoff Robbins.

“I’ve supported Nordoff Robbins over the years and I’m a firm believer in their work and the healing power of music.”

The ‘Love Song for a Vampire’ hitmaker is also being honoured for her work as a humanitarian as well as her illustrious career, and in receiving the award at a ceremony – held on July 1 at the Hilton hotel in London – will follow in the footsteps of The Rolling Stones, Paul McCartney, George Michael, and Muse.

Charity chairman David Munns said: “We are proud and honoured to be awarding Annie Lennox the O2 Silver Clef Award.

“As a prize that recognises the contribution a British artiste has made to music, I can think of no more worthy recipient. As an outstanding musician and philanthropist, Annie’s influence has been felt globally.”

Annie has worked with charities including Amnesty International, Greenpeace, and Nelson Mandela’s 46664 Foundation and dedicates much of her time to raising awareness of the HIV and AIDS pandemic in Africa.

Rapper Tinie Tempah will also be at the recognised at the event with the Best Newcomer trophy while tenor Alfie Boe will receive a Classical Award. The recipients of a further six awards are yet to be announced.