Amy Winehouse tracks to be used for James Bond?

Three songs recorded by Amy Winehouse before her death on Saturday (23.07.11) could be used on the soundtrack of the next James Bond movie. 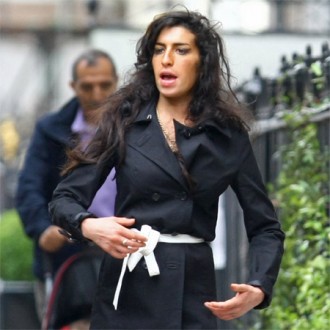 Songs recorded by Amy Winehouse before her death could feature on the soundtrack of the next James Bond movie.

The 27-year-old singer – who was found dead at her London home last Saturday (23.07.11) – had secretly penned and laid down the vocals for three tracks in the hope one would be used for the next film about the fictional spy.

A source told the Daily Star newspaper: “What a way to remember Amy. We want her to be known for her talent and not her drugs addiction.

“To have one of her songs used in the next film would be the perfect memorial to her.

“They were really a work in progress but she’d laid down the vocals and had guitar and drums as an outline. It wouldn’t take much to tighten it up into a finished product.”

Amy’s spokesman Chris Goodman said there is “plenty” of material but there have been no discussions about releasing anything.

In 2008 producer Mark Ronson had tried to get Amy – who had a history of drink and drug problems – to record a song called ‘Mission of Solace’ intended to be used for the soundtrack to the last Bond film ‘Quantum of Solace’, however the plans had to be scrapped after Amy’s erratic behaviour, leaving Mark saying he was “gutted” they had missed their chance.

Meanwhile, a source at Amy’s record company, Island-Universal said there are “frameworks” of 12 songs which could be used to make an album which could be released posthumously.

The source said: “She had put down the bare bones of tracks and some were further along than others.

“People were getting very excited, quite frankly they were really good. We heard rough cuts and they sounded like vintage Amy.”