Amy Winehouse has been remembered for her charitable nature, by radio DJ Jo Whiley. 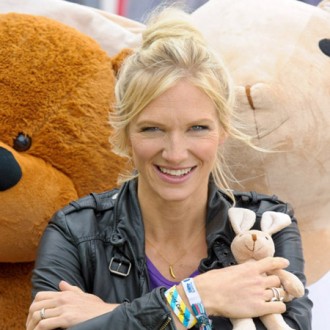 Amy Winehouse has been remembered for her charitable nature.

The ‘Back to Black’ singer may have led a controversial lifestyle and struggled with problems including alcohol and drugs, but she also made a great deal of time for charities during her short career.

Radio DJ Jo Whiley, explained how she was touched by Amy’s charitable side, telling BANG Showbiz: “I met her a few times, she was really lovely. The first thing she did was a charity show for MENCAP, one of the Little Noise sessions and you don’t get paid for that kind of thing, but she turned up and did a really brilliant show in the Union Chapel, a beautiful venue, and she was really on form.

“She also hung around afterward, and she was really lovely, really generous and just a lovely person.”

Jo added she was shocked when she heard of the singer’s unexpected passing at home in London on July 23 – the cause of which has yet to be determined – but admitted it wasn’t completely unexpected.

She added: “Her death was, unfortunately, a little like a film you knew the ending to, and didn’t want it to end that way. It’s one of those things that felt inevitable but very sad.

“It was shocking. I had my kids and my parents there and we were all gathered around the television, watching for the confirmation, but it was incredibly sad.

“She was probably the most rock ‘n’ roll person I ever met. She lived the lifestyle.”

DJ and mum-of-four Jo Whiley teamed up with Persil 2in1 with Comfort to host the first `Persil Pass on the Love Picnic’ at Camp Bestival this past weekend. Mums and children were encouraged to hold a picnic and bring their newly washed soft toys for another child to love. For more family picnic ideas and tips visit www.netmums.com/persilpassonthelove