Amy Winehouse made a shock appearance onstage as a guest of goddaughter Dionne Bromfield at London's Roundhouse venue last night (20.07.11). 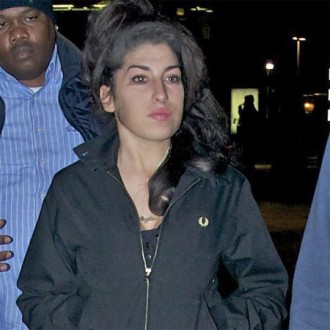 The troubled singer – who scrapped tour dates after a shambolic European comeback performance in Belgrade last month, where she struggled to sing her lyrics – received rapturous applause when her goddaughter Dionne Bromfield introduced her as a special guest at Camden’s Roundhouse.

However, instead of singing on the 15-year-old singer’s track ‘Mama Said’, which the 27-year-old star has featured on in the past, Amy danced to the song and urged fans to buy the teenager’s new album ‘Good for the Soul’.

Dionne was supporting British band The Wanted at the iTunes Festival show, which saw the quintet – who are made up of Max George, Jay McGuiness, Siva Kaneswaran, Tom Parker and Nathan Sykes – play a number of hits from their self-titled debut album, including ‘Heart Vacancy’ and ‘Lose My Mind’.

The boy band concluded their performance with current UK number one ‘Glad You Came’ before stunning their fans with their first ever single ‘All Time Low’.

The iTunes festival has been running throughout July and continues until the end of next week.