Amy Winehouse has been found dead at her North London home today (23.07.11) from a suspected drink and drugs overdose. 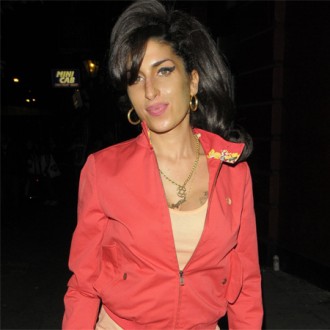 The 27-year-old British singer – who had a history of drug addiction and heavy drinking -was found dead at her North London home this afternoon (23.07.11) at 3.54pmfrom a suspected drink and drugs overdose according to police sources. No other details have been released.

The sad news comes hours after a statement on Amy’s official website claiming the singer – who was booed during a shambolic European comeback performance last month – was taking a break from performing in order to get help and “return to her best”.

It said: “Amy Winehouse is withdrawing from all scheduled performances. Everyone involved wishes to do everything they can to help her return to her best and she will be given as long as it takes for this to happen.”

Before her ill fated comeback Amy had spent one week in London’s renowned rehab facility The Priory in order to get ready for the tour and planned to continue treatment as an outpatient.

She had reportedly stunned onlookers when she bought a small bottle of vodka from a shop in Southgate, north London, on her way rehab last month.

A source said: “She seemed out of it. She was stumbling about, slurring her words.