Alexandra Burke wants to make people ''get up and go for a great night out'' with her new album. 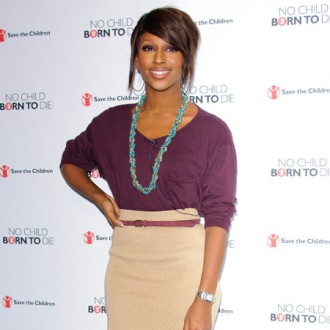 Alexandra Burke wants to make people “get up and go for a great night out” with her new album.

The ‘Broken Heels’ singer is “99 per cent” complete with her second record, and has made a group of tracks which will hopes will inspire people to party, reflecting her loud personality.

She told website Digital Spy: “It’s going to make you want to get up and dance. It’s colourful, it’s loud, it’s bright – it’s everything my personality is and more!

“There are some serious songs on there, but at the same time there are silly songs – they’ll not just make you feel it, they’ll make you get up and go out for a great night out.

“And that’s who I am and what I’m about! I’m the girl who is positive, loves life, loves to go out, loves to have a bit of a boogie – and that’s what I want my album to portray. ”

One of the more serious tracks on the album is first single ‘Elephant’, about the difficulties people face when it comes to being open with each other.

Alexandra – who has had a turbulent relationship with her mother since she rose to fame in 2008 – added: “I feel like everyone will be able to relate. Everyone has been through something in relationships; whether it be with a loved one, a partner or family members where something needs to be discussed – and I’ve been through that situation.

“The saying, ‘There’s an elephant in the room’ is very, very American. But I want to be the person that brings that saying over here to make it a little bit more UK.”

‘Elephant’ is released on March 11.