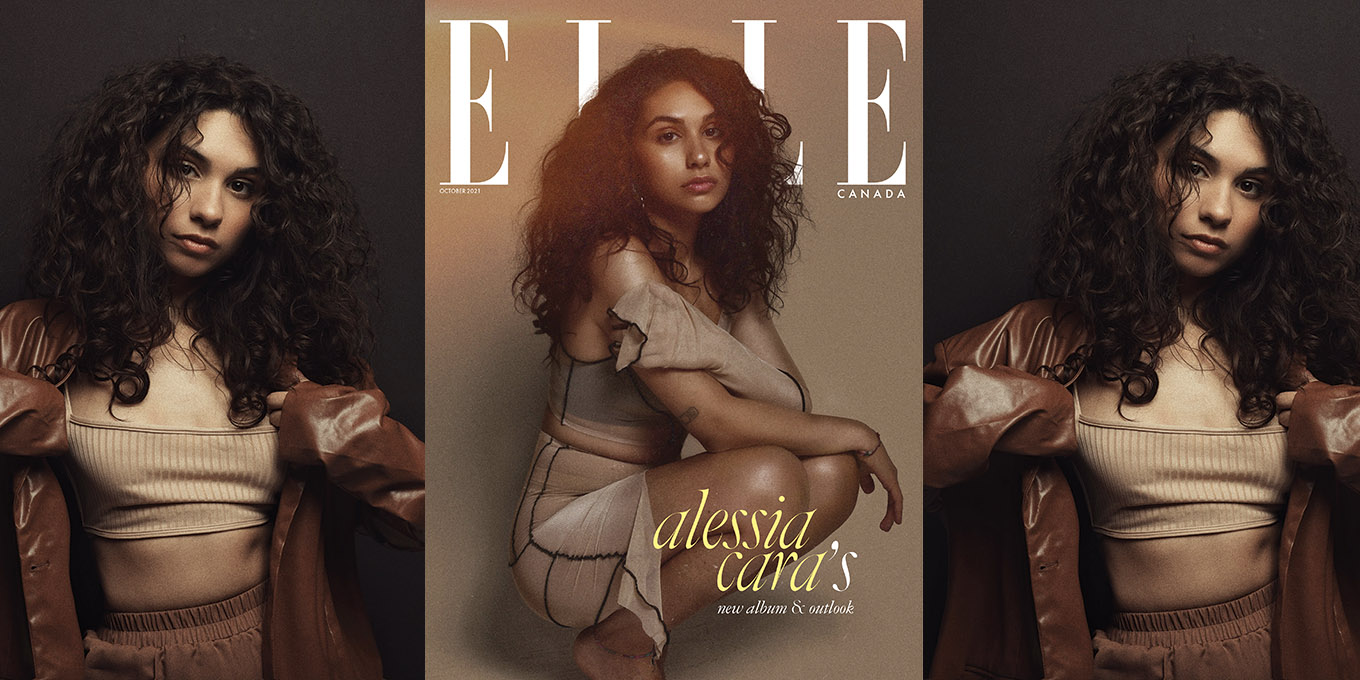 There’s a video on Alessia Cara’s Instagram that functions slightly above a simple social-media asset. Posted a few days after the dual release of “Shapeshifter” and “Sweet Dream”—offerings from her first album since 2018’s The Pains of Growing—the video walks the viewer through her songwriting process with intimate detail. Wearing an oversized Grey + Sloan Memorial Hospital sweatshirt and with her long brown locks tied up in a messy bun, Cara works through the mechanics of a melody with producer Jon Levine, sometimes from the side of a grand piano or with an acoustic guitar in hand. She unloads some stream-of-consciousness musings and eventually dozes off. There isn’t a blood-pressure-raising or even meme-able moment in its nine minutes and 15 seconds. Watching it is almost like stumbling upon slow TV or going down a rabbit hole of offbeat ASMR videos. It’s obviously part of a marketing campaign, but it feels aligned with the lore of “1,000 true fans”—the theory that you can make a living as a creator if you have 1,000 people who truly believe in your work. 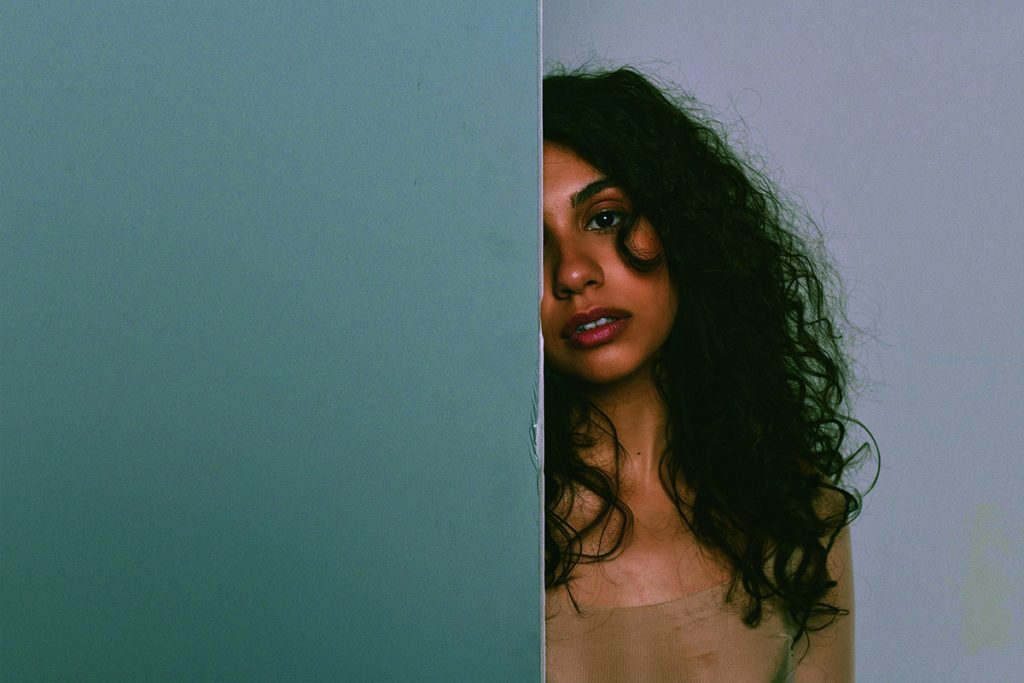 This video was just one of many released to complement the launch of her new singles. Ranging from playfully self-deprecating to unselfconsciously sincere, all were expansively produced and serve as extended liner notes. The approach is in stark contrast to today’s music ecosystem, in which the success of top-tier musicians is contingent on an easily identifiable personal brand, rapid-fire content creation and the ability to manufacture virality in 15 seconds or less.

“I feel like it’s very easy for artists to feel disposable, especially artists who, like me, aren’t putting out content all the time,” Cara says via Zoom from a sleek, brightly lit condo on Toronto’s unfailingly trendy Queen Street. “I’m not really good at the influential side of the internet, so I feel very lucky that I am still able to have a voice and a place in this world.”

There’s no doubt that over the past six years, Cara has cemented her place in the music industry. In 2013, as platforms like YouTube were eroding the barrier between artists and audiences and replacing traditional A&R as the most effective tool for scouting new artists, Cara’s covers of Amy Winehouse and The Neighbourhood songs caught the attention of the iconic star-making label Def Jam. In the years that followed, breakout singles like “Here” and “Scars to Your Beautiful” would earn her a reputation for bouncy, soul-baring “anti-party” anthems that ask questions about the legitimacy of experiences both routine and ubiquitous, like whether house-party small talk is worthy of your earnest introspection, why heartache operates on its own languid schedule and—the ever-present through line in much of Cara’s work—why growing up will always be a painstaking full- time job.

By 2018, Cara had a string of stadium tours under her belt, chart-topping collaborations with Logic, Zedd and Khalid and high-profile song placements in blockbuster films. When she made history as the first Canadian artist to win a Grammy Award for Best New Artist, it seemed like the logical next phase of her career. But stacking up an impressive list of accolades is different from figuring out how to relish your accomplishments without being too critical of yourself. Cara has had to negotiate finding stability as her star has continued to rise. “The more eyes that are on you, the more exposed you are to the world,” she says. “You get stretched thin when there are more people relying on you. As I get older, I’m learning how to say no and really take care of myself.”

For her third album, In the Meantime, out on September 24, Cara continued to build on a well-honed practice of using her own experiences to inspire creativity. The result is a body of work that’s indicative of an artist who has never stopped trying to understand the world around her with humility and precision. We spoke with Cara about her musical inspiration, learning to heal and coming into her own, as both a person and a performer. 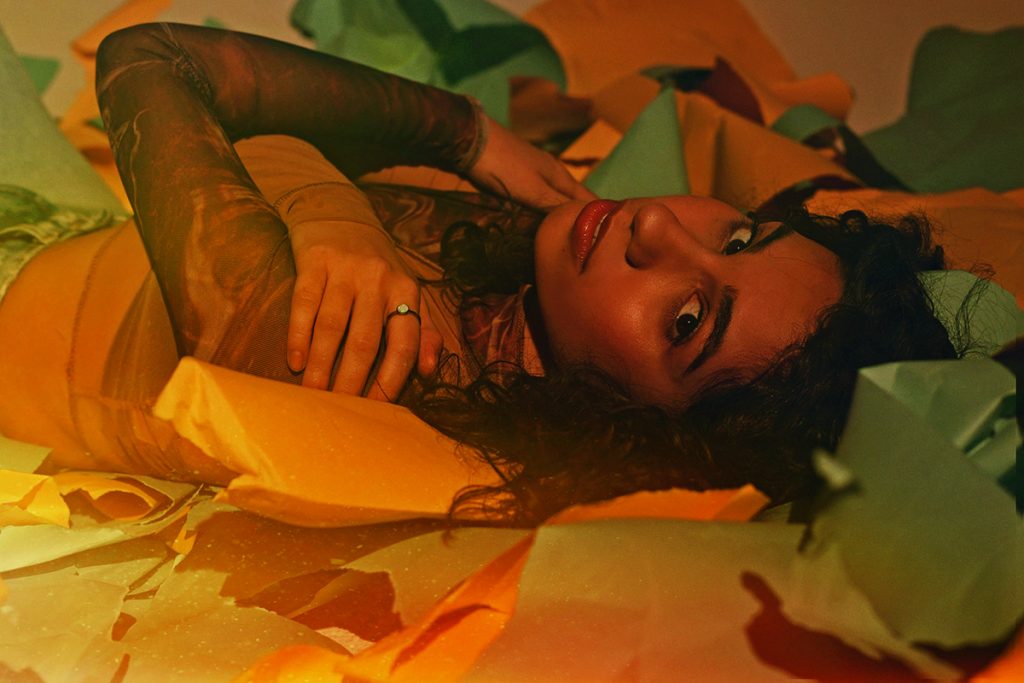 Can you pinpoint the exact moment you encountered something momentous enough to devote an entire album to?

“The impetus was a lot of mental and emotional challenges that I was going through. I was in an existential-crisis situation, even pre-pandemic, and starting to feel super lost. It’s hard to find your purpose when your purpose relies on connection. Because when that’s taken from you, it’s like, ‘Well, what am I good for?’ I’m not used to sitting with myself for that long, and I had to face a lot of things that I thought I was over but had actually just been sup- pressing. I wrote all these songs out of necessity, to get my feelings out. Then I realized, ‘Okay, I think this could be a full project.’”

It sounds like there were a lot of emotions you had to learn to wrestle to the ground. How did that play into your process?

“A lot of songs came out of a purging of emotions, and a lot of the confidence came out of understanding who I am. I guess the thesis would be ‘Healing: making your way through the mud and finding a glimmer of light at the end of the tunnel.’ I don’t think I’m out of it fully, but now that I’m at the end of this project, I do have one foot out the door.”

As you get older, figuring out how to care for yourself becomes more complicated. The song “Sweet Dream” is about fighting for your right to rest. How’s your relationship with sleep?

“I’ve struggled with my relationship to the nighttime for a very long time. I rely so heavily on distraction just to get through the day and navigate my life. Anytime there isn’t a distraction, everything kind of pours out because I have nothing to do other than lie in bed and think about everything that’s ever happened to me.”

I imagine the past several months exacerbated that.

“I think having that happen every single day during the pandemic—having nothing to do but think irrational thoughts—got to me to the point where I was having full-blown anxiety and panic attacks every day for hours on end. It became a cycle because it meant I was sleeping less, which led to more panic. It felt like I’d opened this portal that was never going to close. The healing came when I completely hit a wall and realized that I really needed to stop trying to play the tough guy. That’s when I surrendered, for lack of a better term. I started going to therapy and taking medication. I think healing is more cyclical than any- thing. I’m in a place now where my steps backwards don’t feel like leaps backwards.”

How do you navigate being at a stage in your career where you have access to the resources to fully bring your vision to life?

“I think of the leverage I have as an artist; the more your team trusts you, the more you trust yourself. I’ve been doing this for almost seven years now. I think it’s important to touch on areas that I haven’t necessarily touched on before, for both myself and my audience. I’ve always considered myself an album artist, and I’ve always adored albums where artists create a whole universe with their music. Now, I’m glad to have the time and experience to do that.”

“The healing came when I completely hit a wall and realized that I really needed to stop trying to play the tough guy. ” 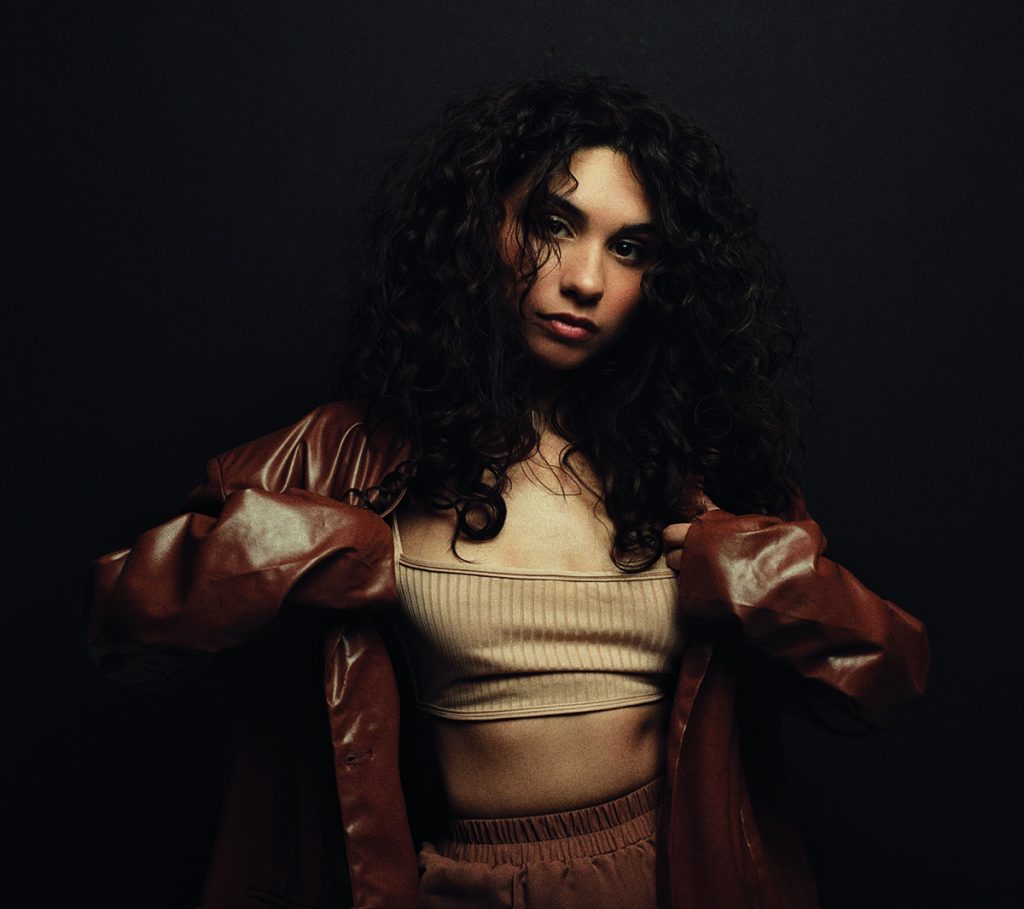 How did you learn how to defend that vision?

“It’s definitely something I had to instill in myself. When you’re young and going through the motions and everything’s happening so fast, you’re afraid to say no or stand up for yourself or even share your opinion. I feel like I’m in a place now where I can trust my voice and trust myself to speak up and know that I’ll be heard, which is very important.”

I wonder if there’s something your fans see in your music that the rest of the world overlooks.

“I think the way people view me in the mainstream is very different from the view that lives within my fan base. There’s a large group of people who don’t even know that I’m still making music. If I could be seen, heard and perceived by just [my fans], that would be wonderful. I know that they trust me and I trust them. My songs feel safer in their hands.” 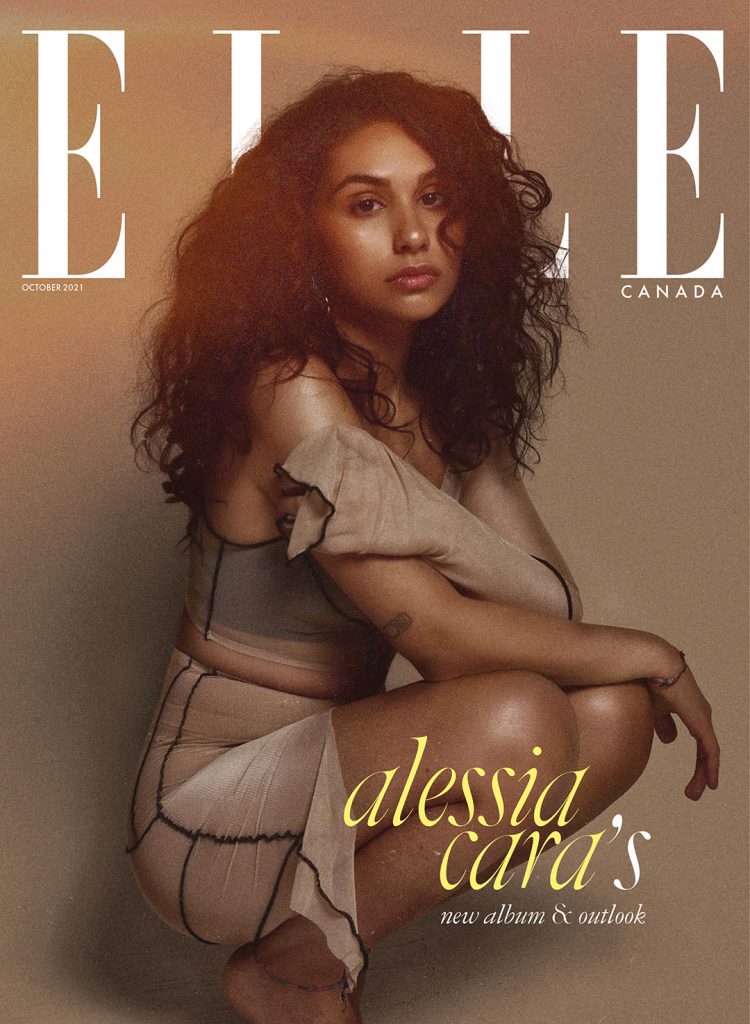