Akon has defended the release of his single with Michael Jackson saying it will help to keep the star's legacy alive. 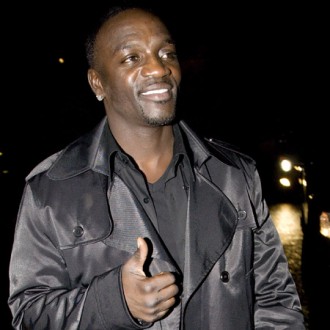 Akon has hit back at will.i.am’s criticism of his collaboration with Michael Jackson.

Speaking to website TMZ, Akon countered: “I think that’s probably will’s opinion. Me personally, I think that’s keeping his legacy alive, if you ask me. I don’t see anything disrespectful about it. He got his people taking care of it.

“We all did records that we actually worked on together on the album. These records would have come out whether he was alive or dead, so I think this actually helps to keep his legacy alive. I honestly disagree with that.”

Alongside Akon, rapper 50 Cent and guitarist Lenny Kravitz have been confirmed as appearing on ‘Michael’, but it is not clear if any of the material will.i.am collaborated on with Jackson will be included, if he has blocked it, or refused to finish it after his death.

Will.i.am previously said: “Because he was a friend of mine, I just think that’s disrespectful. You don’t disrespect someone when they’re gone. How much can you suck from his energy? Freaking parasites!”