Adele says having her heart broken is part of ''the process'' for writing her songs, and she writes her best material when ''pretty devastated''. 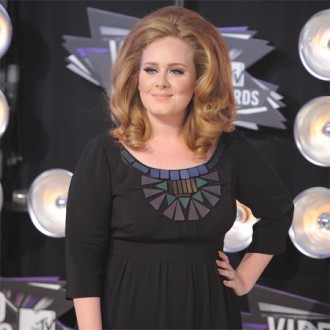 Adele says having her heart broken is part of “the process” for writing her songs.

The ‘Someone Like You’ hitmaker’s second album ’21’ was inspired by a failed relationship, and she admits writing her best material when she is “pretty devastated”.

She told The Sun newspaper: “If I’m having fun then I don’t write a song, it’s usually when I’m pretty devastated.

“It becomes a theme – I become a loser and a loner when I’ve had my heart broken. That’s the process.

“I keep trying to recognise when I’m writing a song and it’s a successful writing session. I try to pick out what it was that made it successful, but I’ve still got no idea.”

The singer is also planning to collaborate with artists for her next project, singling out folk band Mumford & Sons as a favourite.

“Different people bring out different sides of me, so I think that’s what’s going to really help me evolve as a writer.

“In terms of singing on a track alongside someone, I’d love to collaborate with Mumford & Sons because Marcus Mumford’s voice goes straight through me.”