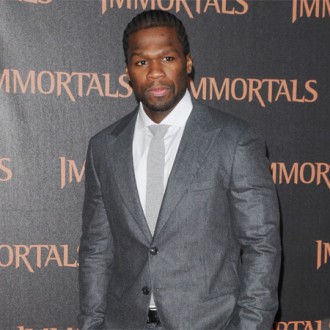 50 Cent “overreacted” with his scathing rants against his record company.

The ‘Candy Shop’ rapper launched a number of twitter tirades against his label, Interscope, after the leak of track ‘Girls Go Wild’ at the beginning of the year but now admits he was wrong, as it was caused by a “computer glitch”.

He tweeted last night (08.01.12): “Discovered a computer glitch leaked my song. Sorry to team at interscope for over reacting (sic)!”

Addressing label boss Jimmy Iovine, he added: “I put a lot in to this project but I don’t care if it ever comes out. Jimmy iovine has been like a mentor for me. I just want to stay friends (sic).”

50 has long accused Interscope of mismanaging the release of his next, as-yet-untitled, album and earlier this month threatened to leak songs and refuse to promote official releases.

He said: “Music was so much fun for me now the people and politics involved disgust me. I’m putting out a song tonight (sic).

“I’m not doing any press for this album. I worked really hard on it my music speaks for itself (sic).”

In July last year 50 pulled the release of his planned ‘Black Magic’ album, and claimed he would not work with Interscope again.

He tweeted: “Man I’m not releasing a album i can’t believe interscope is this f***ed up right now. I apologize to all my fans (sic).

“I will work with other artist on there projects but I will not put out another album. They dropped the ball with me one time to many (sic).”