It's officially on its way, and we've got serious scoop. 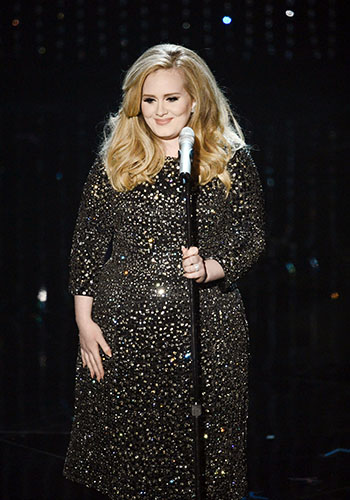 We hate to say we’re right but…we kinda called that whole “Adele’s about to drop a new album” thing. No, it’s not available at the record store right now, but Adele did just release an emotional statement all about it on her social media. And if you know how private this Grammy winner is, that’s a big deal. So, what did we learn about the album:

This seems obvious, but this is actually the first time Adele has confirmed that she will, in fact, release an album called “25”, despite much of the industry taking it as a given.

In the statement, Adele explains the choice (following on from her previous albums 19 and 21, all written at those ages) this way: “Turning 25 was a turning point for me, slap bang in the middle of my twenties. Teetering on the edge of being an old adolescent and a fully-fledged adult.”

3) It’s probably not going to be about heartbreak

Given what happened in the year Adele turned 25 (had a baby, settled down with a long-term boyfriend etc) it shouldn’t surprise anyone that she says: “My last record was a break up record, and if I had to label this one, I would call it a make-up record. Making up with myself. Making up for lost time.”

4) But fear not: It’s probably going to be as dramatic as expect from Adele

Just listen to some of the theme’s Adele outlines for the record: “I made the decision to go into becoming who I’m going to be without a removal fan full of my old.” And if that doesn’t sound like a line from a power ballad, I don’t know what does.

Adele ends the open letter with an apology (but of the sorry-not-sorry kind): “I’m sorry it took so long, but you know, life happened.”

The one detail she leaves out is the tiny one about when the album is set to drop, but smart money says have that iTunes page open and refreshing on the daily.

3 signs Adele is about to release new music