Because even the famous can't shake it off when a T. Swiz earworm hits. 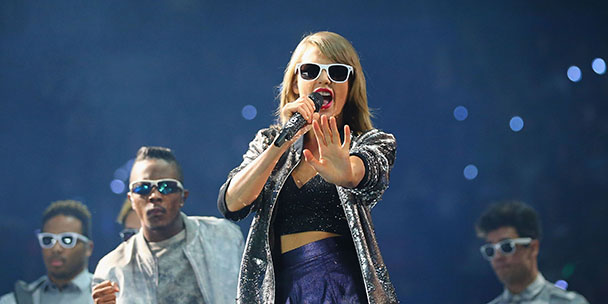 No, we’re not talking about your souful rendition of “Last Kiss” in the shower, although we’re sure it’s heartbreaking and beautiful all at once. This is a compilation of slightly better known vocalists who’ve performed one of the reigning Queen of Pop’s songs in public, for all to hear and enjoy. Did we mention they’re all dudes with major indie cred?

This indie singer has just released an entire cover album of Tay’s 1989, and our pick from the collection is his take on Swift’s current single, mostly for the lyric change “She’s so tall, and handsome as hell”.

So not only has this quirky folk singer taken on Taylor, he’s done it while doing an incredible Velvet Underground impersonation, which is some crazy pop music inception.

So this Aussie muso took this song from the menacing, scary story of paparazzi pursuit Taylor told to something even sadder. Somebody, please take his hand and don’t ever drop it!

This young Brit took Tay’s foray into dubstep into a wonderfull loungey / dive bar-y place that’s got us lying on the cold hard ground with all the tears.

5. Hanson – “We Are Never Getting Back Together”

So their indie cred is debatable, but this 2012 gem is practically a classic of the genre. Also, their “like ever” packs some Meredith level scorn.

An exclusive video premiere from a rising indie star