2manydjs claim their shows in the US are ''more crazy'' than ''jaded'' Europe, and they are hoping to tour there soon. 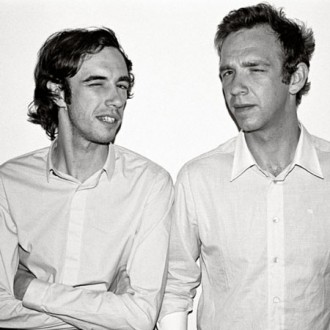 2manydjs claim their shows in the US are “more crazy” than “jaded” Europe.

The electronic ‘NY Excuse’ duo – who are also half of the band Soulwax – are yet to complete a full tour of America, but hope to organise dates soon, even though they find the country “dangerous”.

The group’s Steph Dewaele told prefixmag.com: “To me, when we’re in America, I kind of like it better. The crowd’s a bit more crazy in America. People in Europe are a little more jaded.

“We should [tour the US]. Our agent’s been telling us. It’s nothing against America. We were saying how much we enjoy being in America – we really, really like it.

“But the U.S. is also dangerous for us. I’ve noticed whenever we play here we party too much, people get lost!”

“Also, it’s been such a big part of our lives: We both had girlfriends in New York, so we spent so much time here.”

Steph added that he and brother Dave are working on new material they hope to put out with Soulwax soon, which will be their first new full album since 2004’s ‘Any Minute Now’.

He added: “Soon we’re going to have a new set. Completely new. It’ll all be dance-y and electronic, but at the same time, we’re starting to work more and more on new things that are completely non-electronic. Whatever people want from us, we’ll do something else.

“We made a lot of music in the last couple of years, we just haven’t found a way of releasing it all. Maybe 2011 will be a good year to start putting things out.”