11 Actors You Forgot Had Music Careers

From ScarJo to Ryan Gosling. 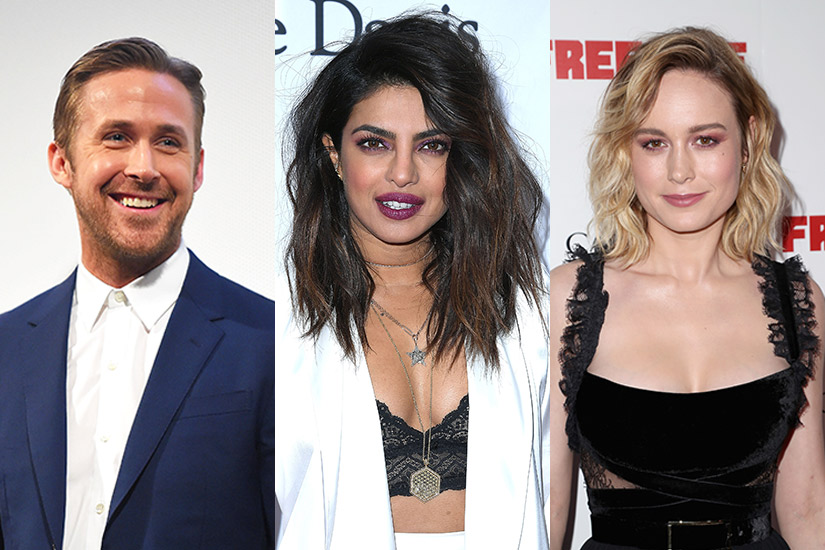 Time to update your Spotify playlists, because you’re definitely going to want to check out the musical stylings of these actors you probably didn’t know also had music careers (or, maybe you just forgot—we won’t hold it against you).

In between filming Avengers blockbusters and crashing SNL, Scarlett Johansson somehow found time to record a new EP with singer-songwriter Pete Yorn. Apart, which dropped June 1, reunites the pair, who also released an album together in 2009. Johansson has always enjoyed singing: in 2008, she put out a Tom Waits cover album, and in 2015 formed a girl group (which included Haim sister Este).

You’ve heard Ryan Gosling sing for a couple of his roles—2010’s romantic drama Blue Valentine and the Oscar-winning La La Land come to mind—but that’s not the extent of his musical abilities. In 2008, the Canadian joined forces with pal Zach Shields to form the group Dead Man’s Bones, releasing a self-titled CD in 2009.

Although our May cover star is best known in North America for her starring roles in action thriller series Quantico and the recent Baywatch movie, Priyanka Chopra first arrived in the U.S. aiming to launch a music career. The star did perform music for some of her Bollywood movies before releasing her debut single “In My City” featuring Black Eyed Peas frontman will.i.am in 2012 (it was also used as the theme song for NFL Network’s Thursday Night Football, nbd). Her next single, “Exotic” featuring Pitbull, dropped the following year. And while Chopra’s acting career put her album on the backburner, she was still releasing music as recently as last year.

Long before winning an Academy Award, a teenaged Brie Larson was busy at work on her music career. With an ultra mid-2000s aesthetic to rival Avril Lavigne, Larson released her first (and only) album, Finally Out of P.E., in 2005 and even went on tour with Jesse McCartney. We dare you to listen to the CD’s lead single, “She Said,” and not get it stuck in your head.

Twilight fans may remember hearing Robert Pattinson’s crooning on the 2008 film’s soundtrack. The franchise star actually sang on two songs for the movie: “Let Me Sign” and “Never Think” (which he also co-wrote). Director Catherine Hardwicke surprised the actor by including the songs in an early cut of the movie. As luck would have it, Pattinson later told the L.A. Times that he felt that one of the songs “was supposed to be there.”

Spotted: Leighton Meester making her popstar debut on Cobra Starship’s 2009 hit “Good Girls Go Bad.” The Gossip Girl alum quickly followed up the collab with a single of her own, “Somebody To Love” featuring Robin Thicke. But Meester scaled things back for her first ever full-length album Heartstrings (which didn’t come until 2014), an intimate nine-track CD she wrote herself.

Ally McBeal faithfuls won’t be surprised to see RDJ on this list: his character on the legal dramedy performed the Christmas song “River” on a season-four episode of the show. A few years later, the Marvel superstar dropped his debut album, The Futurist, which features eight songs written by Downey.

Musical talent definitely runs in the family for Zoë Kravitz. The actress is also the frontwoman of Lolawolf, an R&B/electropop band named after Kravitz’s young siblings Lola and Nakoa-Wolf Momoa. Their debut full-length album, Calm Down, dropped in 2014. Kravitz also appeared on a track on Janelle Monáe’s most recent LP, Dirty Computer.

Fun fact: frequent Wes Anderson collaborator Jason Schwartzman was once the drummer for Phantom Planet—as in the rock band most famous for penning the iconic theme song for The O.C. Schwartzman eventually left the band, but later started a solo indie project, Coconut Records.

Before becoming a Pretty Little Liar, a 13-year-old Lucy Hale was one of the winners of American Idol spinoff American Juniors, which put her and the four other winners in a group. And while Hale’s acting career took off quicker than a musical one, she returned to her first love in 2014 with her debut country album, Road Between.

Okay so, Jeff Goldblum doesn’t exactly have a music career—yet. But he has recently announced that he will be making his professional musical debut soon, with an upcoming jazz album. And while it may be his first LP, it isn’t Goldblum’s first foray into the genre: the actor accompanied jazz singer Gregory Porter on piano during an appearance on The Graham Norton Show last year.