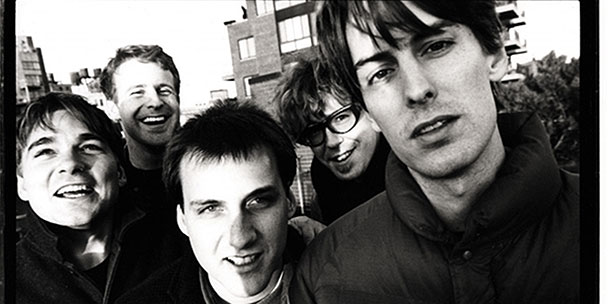 These San Franciscans put on a frantically energetic set of dark, retro-sounding rockabilly-flavoured punk with shout-along harmonies for an impressed crowd that packed the Bovine to overflowing perhaps because of a silly rumour that the Stooges were going to play a secret show in the tiny club. As if.

With their sci-fi schtick, their extraterrestrial surf rock and their arsenal of crazy instruments (including a Tesla coil, a transformer that sent spectacular zig-zags of purple electricity shooting around the stage), the return of this Alabama band was a shockingly good experience. (Perhaps they even caused the brief blackout on Queen Street that night.)

The local indie-rock heroes who are sometimes overshadowed by former bandmates like Feist and Broken Social Scene got their due at a sweaty love-in at the Silver Dollar. The trio showcased their terrific Polaris Prize-nominated album of emotional, super-melodic songs.

Exhilaratingly intense, loud rock from the Toronto trio that makes you want to toss your hair in time to their shifting waves of guitar, bass and pounding drums. Never boring, never predictable, never too cerebral.

There was a lot more than nostalgia going on at the reunion of this beloved, deceptively laid-back ’90s band at the big Toronto Island show, even though they played only old material. Each song was a reminder of the extent of their influence on nearly every indie-rock band and their brilliance as songwriters and players. A performance that made the petty frustrations of a huge outdoor show disappear in the bliss of the moment.

Read more:
Wild thing: Leona Lewis is hitting the road for her first world tour
Music makers: Box office stars to rock stars?
Wonder woman: How Katy Perry got the career, the guy and the fanfare