The Lady and the Tramp remake is now streaming on Disney+. 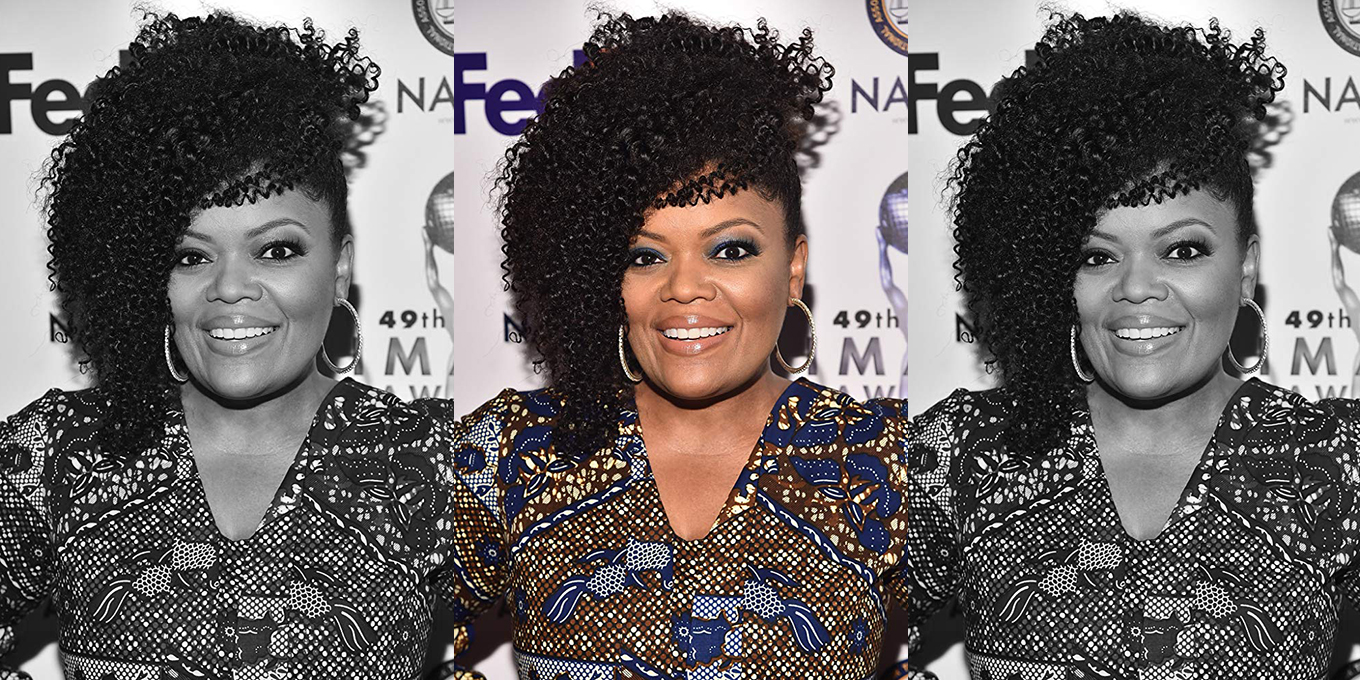 For Yvette Nicole Brown, signing on to Disney’s new live-action-ish Lady and the Tramp remake was a no-brainer. You don’t, after all, turn down the chance to be part of a Disney classic. What Brown, who you’ll recognize from hilarious roles in comedies like Community, didn’t expect was to come home with a dog of her own. But when she arrived on set and found out all the dogs involved in the film were rescues that were up for adoption, the longtime dog-lover started thinking: Maybe it was time to finally adopt one.

“By the end of the shoot, the dog trainer came up to me and said, ‘I know which dog is your dog,’” Brown tells us while in Toronto, noting she had yet to a) commit to adopting a dog and b) hadn’t actually chosen one. “She said, ‘I’ve been watching you, and I know my dogs. Harley is your dog.’ So she brought him over to me, and he’s a little skittish because he doesn’t know me. But then he reaches over and puts his paw on me. That was his way of letting me know he chose me.”

Brown has had Harley for a little over a year now, and it’s all thanks to the new Lady and the Tramp, which is now streaming on Disney+ (and, may we add, makes for a very cozy holiday watch). In the movie, which features voice performances by Tessa Thompson, Justin Theroux and Janelle Monáe, Brown stars as the (ironically) dog-hating Aunt Sarah. Her niece, Darling, is Lady’s owner, and Sarah is left to look after the cocker spaniel…and soon loses her. We sat down with Brown to talk about the movie and playing a dog-hater.

I was scrolling through your Twitter before I got here, and a delightful thing I noticed is that people are sending you pictures of their dogs watching the movie.

I had no idea dogs would love seeing Lady and the Tramp as much as they do. I think it’s been catching owners off guard, too. They’re turning this film on to watch it themselves or with their kids, and the next thing you know the dog has come in and cocked their head and positioned themselves right in front of the screen. [Laughs]

We’ve already talked about how you met your dog on set, but why did the dog trainer identify Harley as the perfect dog for you?

She told me later that he’s a little nervous around new people. At the time, he wasn’t very sociable. And I don’t know if that was because there were so many dogs and people on set, but he kept to himself. She felt that I had the kindness and the patience necessary to bring him out of that, to help him with his confidence. She also knew that I didn’t have kids and I didn’t have another dog in the home, so he would be my priority. She just knew, and she was right. He’s my dog.

Can you talk to me about your relationship with the original Lady and the Tramp?

I remember it coming out of the Disney vault when I was, like, in middle school and watching it for the first time then. I thought it was beautiful. But, in our version, there’s something really romantic and lovely seeing the “Bella Notte” scene with the meatballs and spaghetti with real dogs. It’s just a perfect recreation. I loved the animated version, but it really clicked when I saw this live-action version.

What appealed to you about remaking this movie?

First of all, just being asked to be in a Disney film is everything. I walked out of my audition feeling that I had done a decent job. Maybe two weeks later, I got an email from Charlie Bean, our director, asking if I would do them the favour of playing Aunt Sarah. In my life, I’ve never had a director ask me: “Would you please accept this offer to be in this film?” And that told me who Charlie was as a man. He’s a lovely man.

And it told me that this is a film that I really, really wanted to be a part of, even though it was shot in Savannah. I’m a caregiver for my dad, so I was concerned about leaving him for a month. My mom was like, “This is Disney. It is Lady and the Tramp. I will watch your father. Get on the plane. Go. Be great.” Then I came back with a dog.

This is one of my first pics with my mommy ever! This was on the set of @ladyandthetramp. She was technically still “deciding” if she wanted to adopt me but that smile says she already knew that my forever home would be with her. I so glad she played #AuntSarah! Otherwise we never would’ve met! 🐶❤️ Oh and Mommy wanted me to remind you that #LadyAndTheTramp debuts on @disneyplus as soon as it launches on #NovemberTwelfth! 💙

How did it feel to be asked in that way by your director?

It was life-changing for me career-wise. I feel like to be asked to be in a Disney film, whoever you are, you have achieved some level of success in this business – like, that Disney even knows that you exist or they want to trust one of their important properties to you., your interpretation of one of the characters that they created. That was really big for me.

Aunt Sarah doesn’t like dogs, so she’s obviously fundamentally different from you. Was it hard to play a dog hater?

You know, I almost passed on the audition because of that, because I am not a trained actress. I know my skill set has a limit and I kind of was like, “I don’t know if I’m good enough to do this.” [Laughs] But again, like my mom said: It’s Disney. You go and you fight for it. And you pull up some reserves you don’t even know you have and you play this horrible woman.

How did you feel it was important to update the story for 2019?

The biggest thing was diversity. I love that in all the Disney re-imaginings, everyone gets to play. I never thought that it was on purpose, that we weren’t invited in previous movies. It was a different time. People of colour are used to taking the ride in films through other eyes. This is like the first time in my lifetime that I’ve been able to take the ride with someone who looks like me. Every time they recreate one of these classics, they allow everyone to come and play. That is just so beautiful. It’s going to change the trajectory of a lot of young people’s lives. They’re going to get to see themselves in all of these different roles.

If you could’ve been a dog in the movie, what kind of dog would you have wanted to be?

I mean, if not the beautiful Lady, I would have gone with Peg, voiced by Janelle Monáe. She has a beautiful side bang and a sultry singing voice.