Why Everyone Is Talking About Dune, the Critically Acclaimed Film Starring Zendaya & Timothée Chalamet

''Spectacular'' and ''Outstanding'' is the resounding theme. There was only one thing that could overshadow the premiere of new sci-fi adventure film, Dune at the Venice Film Festival in September 2021—and that was Zendaya’s custom Balmain leather-look gown.

Yes, the 25-year-old starlet nearly broke the internet when she stepped out in the fawn-coloured design, which was perfectly sculpted to her body and worn with a giant 93-carat, cabochon-cut Colombian emerald Bulgari necklace.

Of course, the iconic dress itself served as a platform to put her new film with Timothée Chalamet on the world map—but we’re convinced it probably could have done that on its own anyway.

Dune received instant acclaim from critics, with words like “dazzling”, “spectacular” and “out-of-this-world” all used to describe the Denis Villeneuve masterpiece in the aftermath of its premiere in Venice.

So with that said, we thought it high time to understand exactly why everyone is talking about the film before it even hits theatres.

Here, everything you need to know about Dune—from its star-studded cast to its enticing plot. 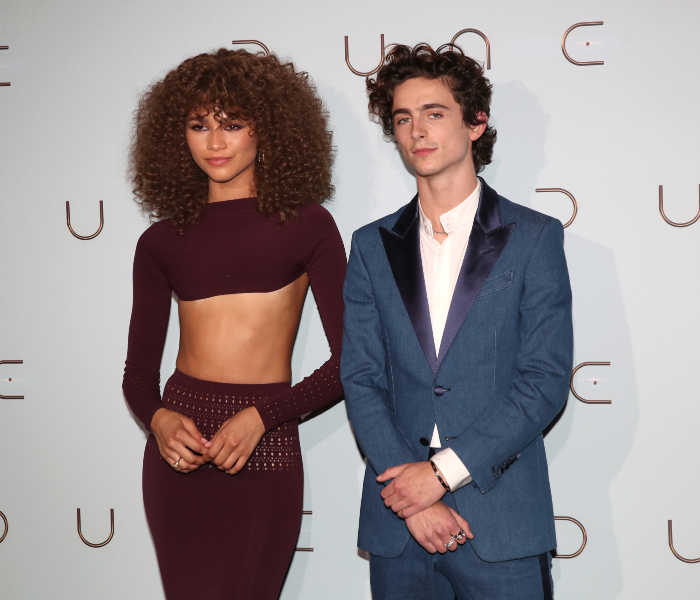 What is the plot of Dune?

Dune follows main character Paul Atreides who lives in a far distant inter-stellar society. His destiny is bestowed upon him from the beginning—he is to travel to a dangerous planet which contains an incredibly important resource that will sustain the lives of his people.

But when other forces come into play seeking to gain from the elusive planet, not everything goes to plan—and Paul must overcome and conquer his own fear in order to survive.

Who is in the cast of Dune?

If you thought the plot was enticing, then the cast list will only thrill you more.

As mentioned, Timothée Chalamet and Zendaya are the standout stars in the film, with Chalamet playing main character Paul Atreides and Zendaya starring as Chani.