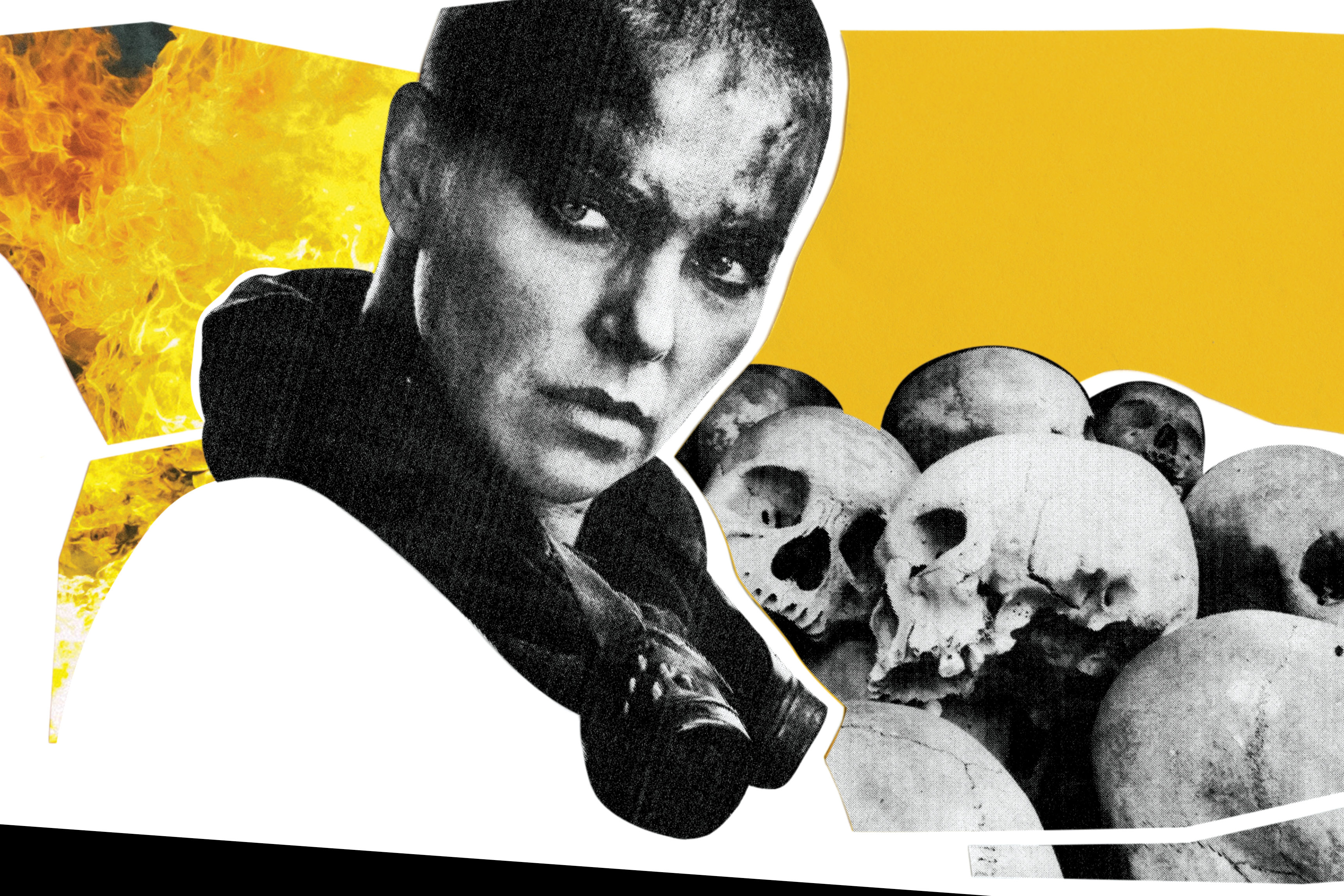 I know I’m supposed to want to see the new buddy comedy The Spy Who Dumped Me, starring Mila Kunis and Kate McKinnon. Like a pricey takeout salad bar, it’s got everything a woman could desire, including a possibly shirtless Justin Theroux. (I may be projecting that last bit.) But, to be honest, the only movie that’s going to get me out of my cozy bamboo-sheeted Netflix cave is The Predator.

I’ve watched the trailer for the latest instalment in the iconic series about ruthless aliens bent on the pitiless destruction of humankind so many times that, if called upon, I could perform a one-woman stage production of it. I love any and all action movies—from Mad Max: Fury Road, starring Charlize Theron as a pistol-whipping anti-hero, to John Wick 2. (Keanu Reeves taking out a nightclub’s worth of bad guys? Yes, please.) Add a scoop of sci-fi and a splash of horror, as all six—yes, six—of the Predator films (including sequels, a prequel and spinoffs) have done, and I’m swooning.

My love of the genre started as a form of tween rebellion. As a kid growing up in the late ’80s and early ’90s, I resisted being sold certain types of movies (read “romantic comedies and weepy Big Deal dramas”) simply because I was a girl. My dad and two younger brothers looked like they were having so much fun when they watched Die Hard (and the countless sequels that followed) that I wanted in. They got to be rowdy and inappropriate and project their goofy selves into the action as if heroism—even the hokey Hollywood kind—were somehow their birthright. As I got older, I weeded out the cheesier representatives of the genre— see ya never, Steven Seagal—and turned to slicker, edgier variations on the action theme.

That I prefer the Bourne movies to Jane Austen adaptations shouldn’t be all that surprising. Marriage and courtship plots hold a place in the female imagination, sure, but action movies strike a chord in the deepest part of the human psyche. They are, at bottom, about survival—about trying to stay alive in a hostile environment and fighting innumerable bad guys and doing both with dirty hair and in the same outfit you wore yesterday. What woman can’t relate to that?

The genre also plays with fantasies of power and dominance. While the action movie has traditionally looked to buff male actors to embody the human instinct to persevere against impossible odds, the testosterone- fuelled medium has also provided us with some of the most groundbreaking and compelling depictions of female power. For every swinging-dick cliché (Bruce Willis’ John McClane and Arnold Schwarzenegger’s Dutch Schaefer), there’s a fierce and unique Sarah Connor (Linda Hamilton), Ellen Ripley (Sigourney Weaver) or Nikita (Anne Parillaud). Though their appearances were rare, these types of characters stirred my imagination.

You can trace the DNA of those action queens to recent characters too, from Charlize Theron’s Lorraine Broughton (Atomic Blonde) to Gal Gadot’s Wonder Woman. Not only was the Patti Jenkins directed Wonder Woman the highest-grossing superhero-origin film of all time—bringing in nearly a billion dollars worldwide in 2017—its epic success also did something truly, well, wonderful for us female action fans long inured to being ignored by the culture. Suddenly, we had a global opportunity to get loud—to hoot and holler and claim the hero story as part of our birthright too. Wonder Woman made us mainstream.

Happily, there’s more where that came from: Black Panther director Ryan Coogler has hinted that he’d like to make a spinoff focused exclusively on the women of the comic series, and there’s a Maid Marian (of Robin Hood fame) flick starring Margot Robbie in development as well as a slew of female-superhero standalones, from Harley Quinn to Black Widow. Even perpetual sausage party The Predator got the message, adding Olivia Munn to the cast as a gun-toting scientist.

The genre I fell in love with as a kid is finally returning my affection after what felt like an eternity of being ignored. I defy the romcom to come up with a sweeter ending. Pass the popcorn—this movie is going to kick ass.