Louisa May Alcott’s story of sisterhood has stood the test of time, but Anne T. Donahue asks: What if Jo March isn’t your Little Women hero? 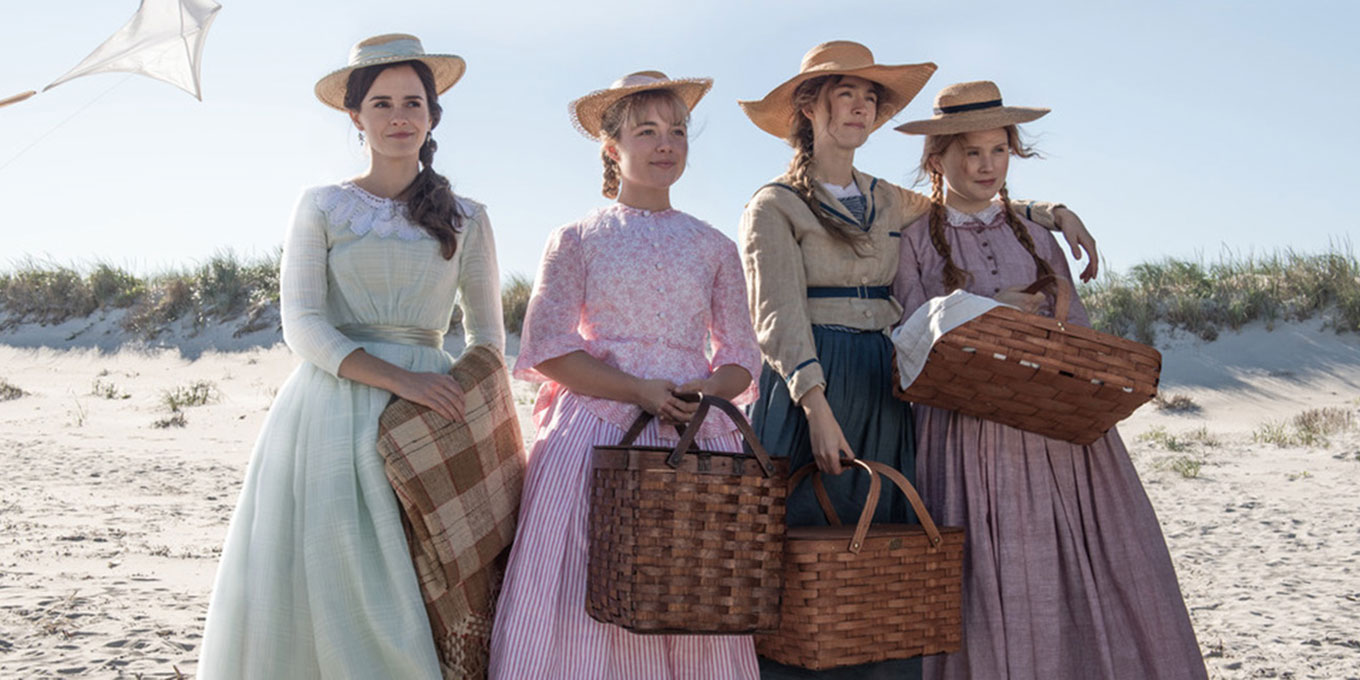 Before the days of sorting myself into a Hogwarts House, I staked claim to a March sister. Each of the four girls in Little Women is complex and flawed and furiously smart, and the fact that we still care about them is a testament to the mind of Louisa May Alcott. Over the years since the book’s 1868 release, readers often saw themselves as their favourite March: Beth, Meg, Amy or, of course, Jo, four wildly different characters whose traits range from the terrific to the sometimes not so great. The novel – which follows the growing pains (first love, expectations, self-discovery) of the March sisters from adolescence to adulthood – and the films based on it made an indelible mark on literature and pop culture. They helped inform the canon of stories that have followed and that give readers like me a chance to identify with specific personality types and base some of their own characteristics on the fictional heroes they aspire to be like. And with writer-director Greta Gerwig bringing her cinematic version of Little Women to theatres this month, I’m ready to reconnect with my kindred March sister.

To authentically identify as Jo, the daring heroine of Alcott’s story, is the dream. She rejects gender conformity, pursues her dreams and refuses to marry despite society demanding it of her. In film, she’s been played by the likes of Katharine Hepburn, Winona Ryder and Saoirse Ronan, and in each incarnation, her gumption, drive and directness have somehow gotten more admirable. But the thing is, most of us aren’t Jo. So what if, no matter how hard you’ve tried to embrace Jo and no matter how thoroughly you’ve analyzed her characteristics, you find yourself relating most to attention-loving Amy? Or centred and traditional Meg? Thoughtful Beth? (Minus the scarlet fever.) Or maybe, more controversially, the outspoken Aunt March? Or gentle baby boy Laurie? ( Just kidding – no one is Laurie.) Then this, dear reader, is for you. Because while I could lie and claim that Jo and I are one and the same, I’d rather try to explain why it isn’t so bad that I’m an Amy. (At least I’m honest about wanting you all to obsess over and praise me.) And I can guarantee that you’ll feel the same about at least one of the March women.

IF YOU ARE BALANCED, SELF-AWARE AND DESCRIBED AS “AN OLD SOUL,” YOU’RE…Meg March

There’s a moment in the most recent Little Women trailer when Meg tells Jo that just because her dreams aren’t the same as Jo’s doesn’t mean they’re less valuable. And it’s true. Meg wants to get married. She wants to have a family. She is responsible and logical. (And she urges Jo not to get up and dance because other party attendees might see her scorched dress, so she’s also a buzzkill.) Lest we forget, though, that women like Meg are crucial to families and social circles. Siblings need someone who will keep them in line; friends need someone who will champion their goals. Meg March is true-blue and secure enough to not crumble upon hearing the opinions of others. She will pick you up from a wedding at 2 a.m., and she will go to the mall with you on Christmas Eve to bail you out of not having done your shopping yet. Meg is Michael Corleone, and for that I respect and fear her.

IF YOU ARE ATTENTION-LOVING, AMBITIOUS AND SLIGHTLY CALCULATING, YOU’RE…Amy March

Maybe some of us just like attention. Maybe we dream of achieving world domination (in our corner of the world) and prioritize our ambition as highly as we prioritize choosing an outfit. Maybe we’re comfortable airing our grievances publicly, perhaps by having a small temper tantrum and/or by throwing someone’s manuscript into a roaring fire. (Right – sometimes we go a bit too far.) Maybe Amy March is just difficult. What’s the issue with that? Like Jo, Amy goes against cultural norms by vocalizing her intent to be a famous artist. But unlike her sister, Amy opts to play the game and date while simultaneously pursuing her goal. Regardless of what you think of her (many fans hate that she ended up with Laurie, the man who loved Jo for years), she’s the bitch who gets it done. Or, as I like to think of her, the 19th century’s Cher Horowitz: a social mastermind who grows up over the course of her arc but retains the vivacity that has always defined her.

IF YOU ARE PATIENT, RESERVED AND SUPPORTIVE, YOU’RE…Beth March

Here’s a 151-year-old spoiler for you: Beth dies. And because of her tragic and heartbreaking end, many are desperate to not relate to the doomed young woman who spends much of her onscreen time quietly bedridden. Arguably, she’s the Hufflepuff of the March sisters in that she’s integral to the story, but nobody wants to be her. However, like the late Cedric Diggory, Beth is admirable. She looks after kids in the community (which is how she ends up getting sick), and she doesn’t complain throughout her illness (nor is she angry about it). Her patience, in this case, is genuinely a virtue. And as such, she becomes a pseudo-therapist for her sisters, who need somebody to listen without judgment. Not everybody needs to be loud all the time. (I mean, I do, but I am deeply flawed.) Sometimes, just a look says it all.

IF YOU ARE STERN, UN-COMPROMISING AND HELL-BENT ON OUTLIVING YOUR ENEMIES, YOU’RE…Aunt March

Rich, cynical and unmarried, Aunt March is who all of us turn into when we’re at the grocery store after just being paid and waiting way too long to pick up dinner. She’s stubborn, and you resent her for it, but there’s also a softness beneath the ice-cold exterior she has developed in order to survive. It’s not her fault that she loves a little gossip and calling out people’s biggest anxieties. She doesn’t have time to waste and just wants to help. She’s also me at bingo, complaining that “this thing is rigged” after insisting my friends let me pay for a round of ginger ale. In other words: a (frustrating) hero.

Check out the trailer for Little Women, in theatres December 25th, below.

This story originally appeared in the December 2019 issue of ELLE Canada.