From sustainable fashion brands to international best-sellers, here is what ELLE editors are excited about this month. 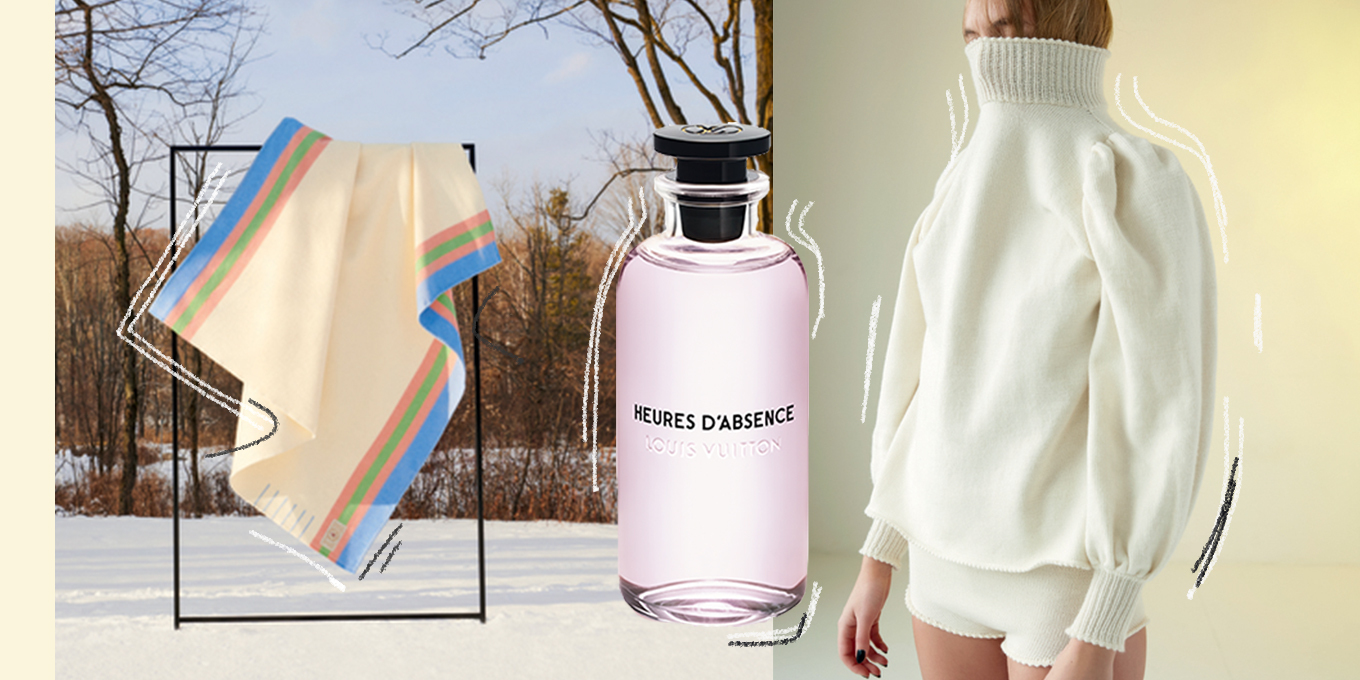 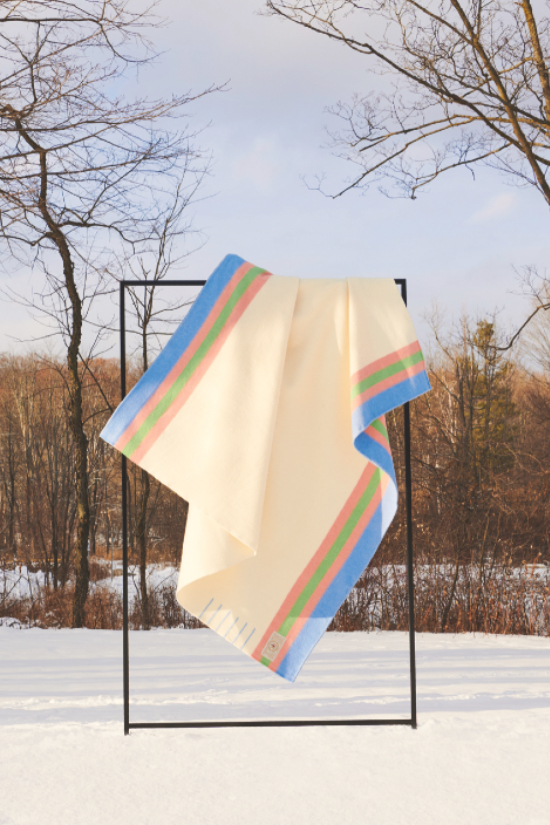 To celebrate its 350th anniversary, Hudson’s Bay is launching a limited-edition version of its point blanket, to be reissued in a historic colourway every month in 2020. For April, it’s the pastel-hued Ice Cream blanket. First seen in 1957, it evoked the fun of the shopping mall (which was rising in popularity at the time). In the 18th century, the wool blankets became synonymous with trade among Indigenous and settler communities and were often fashioned into wrap-style coats. Today, the distinctive original stripe design lives on as an emblem of the department store but also as a reminder of the brand’s colonial history. ($450, thebay.com) 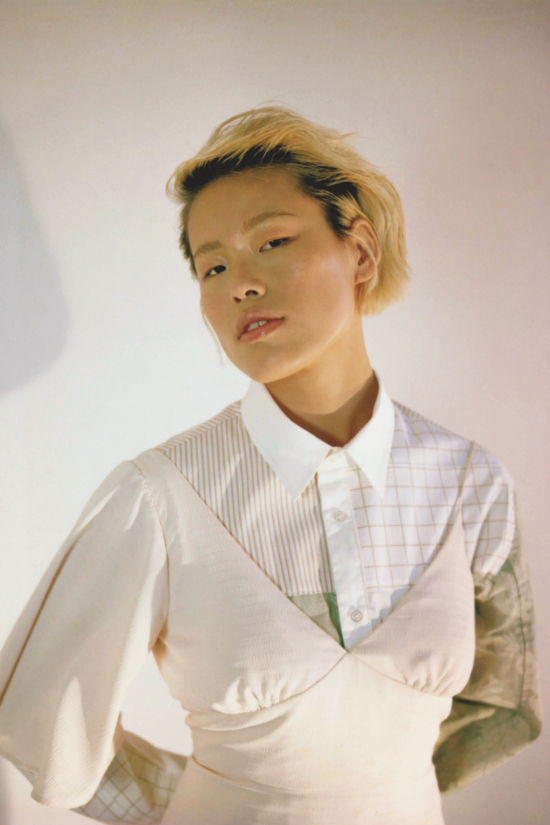 What will our legacy be for the next generation? Montreal-based designer and Canadian Arts & Fashion Awards winner Marie-Eve Aubry examines this question in her first capsule collection, Future Origins. Using pre-owned materials like vintage wool and cotton from the closets of her grandmother and aunt, deadstock fabrics and previously discarded textiles, she crafts contemporary pieces that highlight the potential for recycled fashion to be passed on and cherished for years to come. (From $300, albericstudio.com) 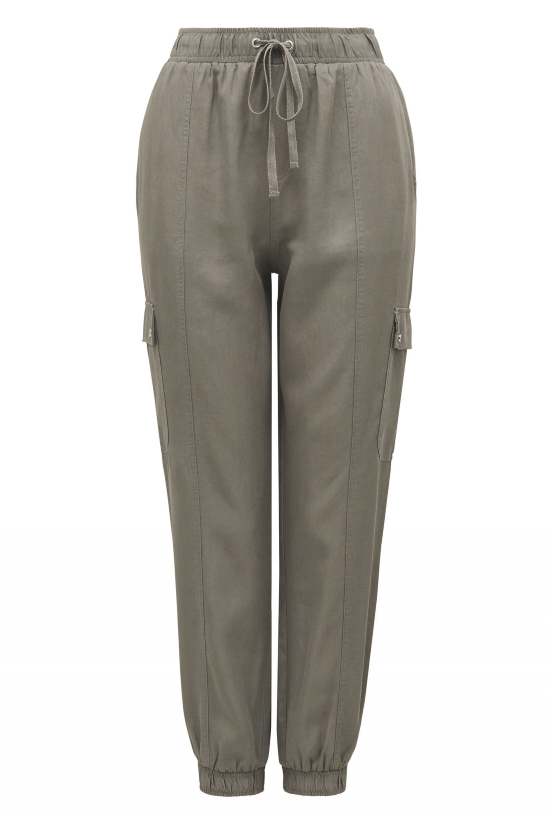 Circular fashion is the focus of Ever New Melbourne’s newest collection of wardrobe basics. The five styles are made with a super-soft fibre that has been produced using sustainably sourced, renewable, biodegradable wood pulp. Choose from utility-inspired cargo pants, voluminous tiered maxidresses and belted rompers for a spring- ready look that’s easy on the environment too. (From $100, evernew.ca)

A Collection of Short Stories 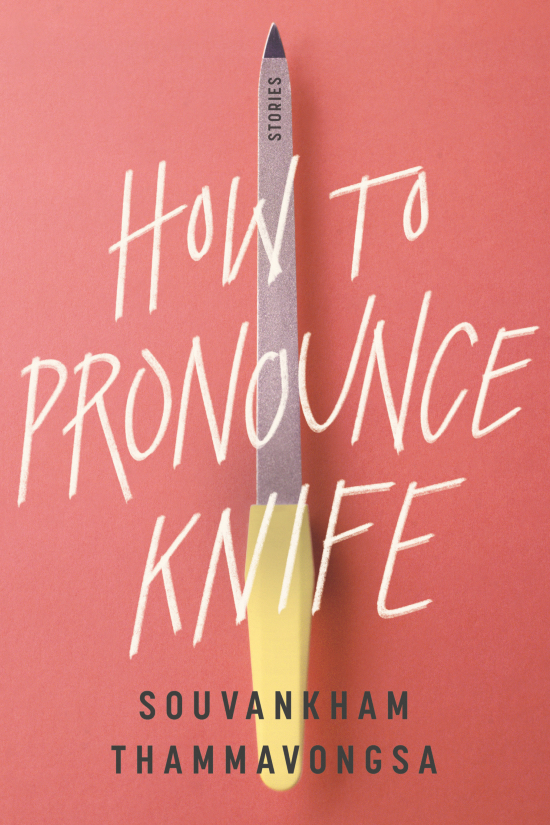 Every once in a while, you come across a book with writing so breathtaking that you take note of the author so you can read everything they ever write in the future. How to Pronounce Knife, by Souvankham Thammavongsa (out on April 7), is one of those books. The Thai-born, Toronto-raised author’s debut collection of short stories weaves vivid tales about immigrants in a nameless English-speaking city. 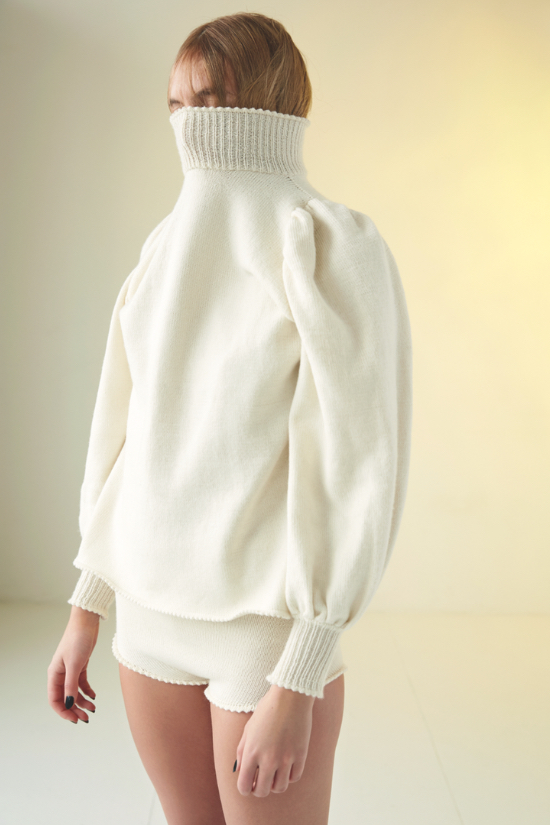 While studying art in university, designer Leah Legault learned how to create and dye textiles. Born out of these skills is Caulis, a line of sustainable and ethically produced knitwear. Each piece is hand-knitted and made-to-order in Montreal using biodegradable fibres to ensure that no material is wasted. The playful collection features cozy painted blouses, high-waisted shorts and puff-sleeved sweaters that will only get better with wear. (From $60, caulis.ca) 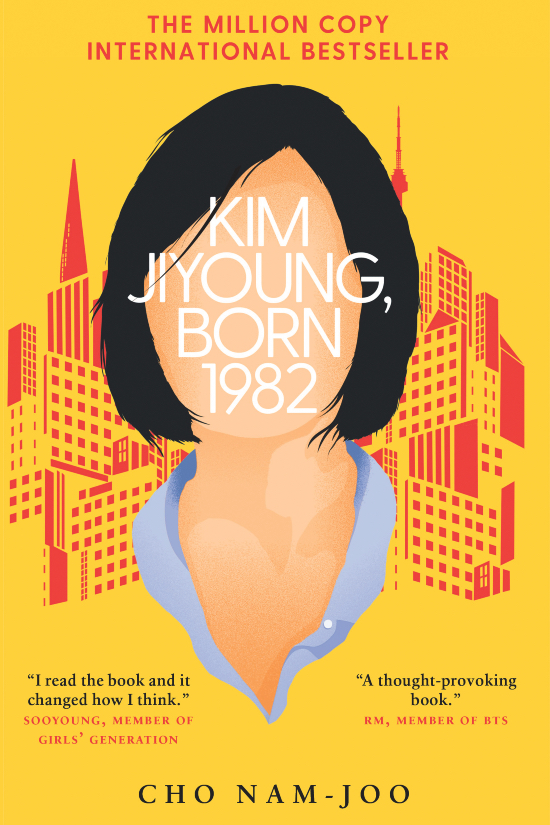 When Cho Nam-Joo’s Kim Jiyoung, Born 1982 first hit bookstores in South Korea in 2016, its popularity reached K-pop-star-endorsement levels. The rage-inducing novel follows Kim Jiyoung (the most popular name in South Korea in 1982) as she experiences pervasive acts of sexism in her everyday life. Find out if the book lives up to the international hype when the English translation becomes available on April 14. 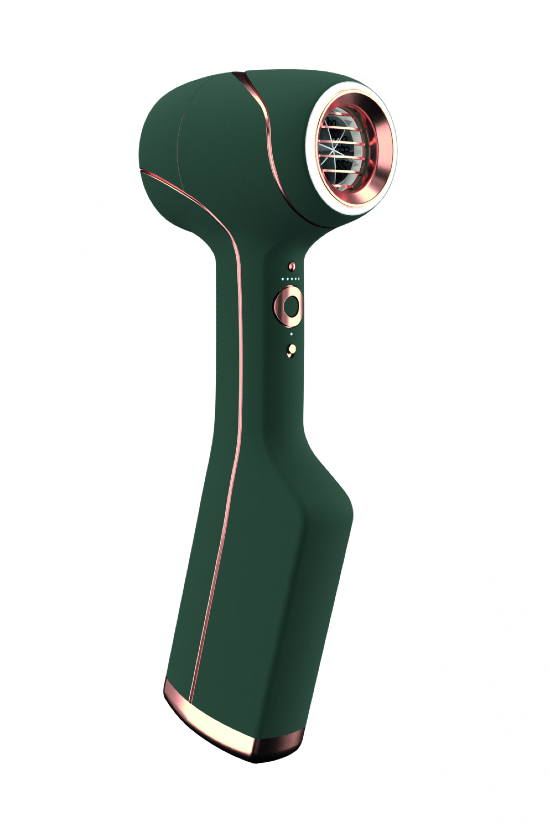 Go ahead and hit that snooze button—your morning routine just got a lot more efficient with the AER Dryer, the world’s first professional-grade smart cordless hair dryer. The high-tech design has built-in artificial intelligence that adjusts to the best temperature and wind settings for your hair to prevent breakage and minimize time spent in the bathroom. It’s also more environmentally friendly than a traditional dryer: It uses less energy, which means less CO2 emissions. ($515, aerdryer.com) 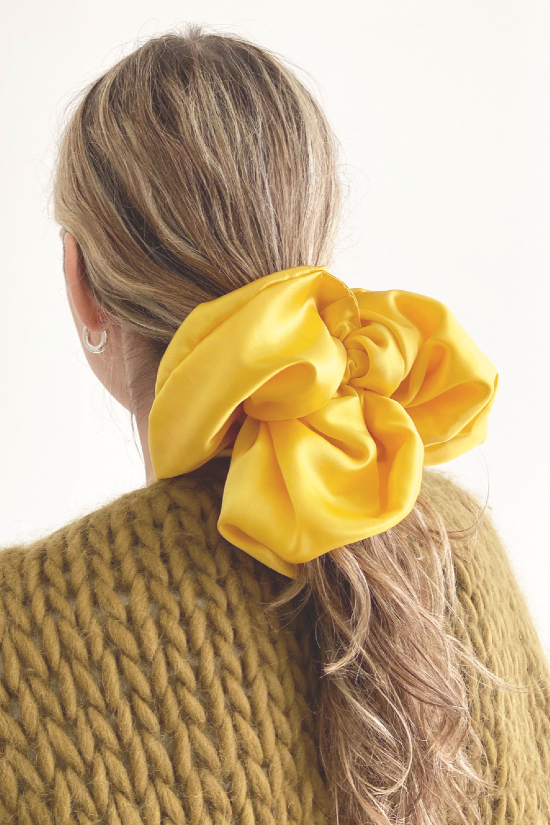 Vancouver-based Bronze Age originally began as a platform for artisanal goods, but over time, designer Renée Power expanded the offerings based on what customers wanted, carrying everything from leather babouches to satin tanks that are handcrafted and made-to-order in Morocco and Canada. For spring, supersized organza and silk scrunchies elevate the nostalgic hair accessory into a delightfully quirky statement piece. (From $25, abronzeage.com) 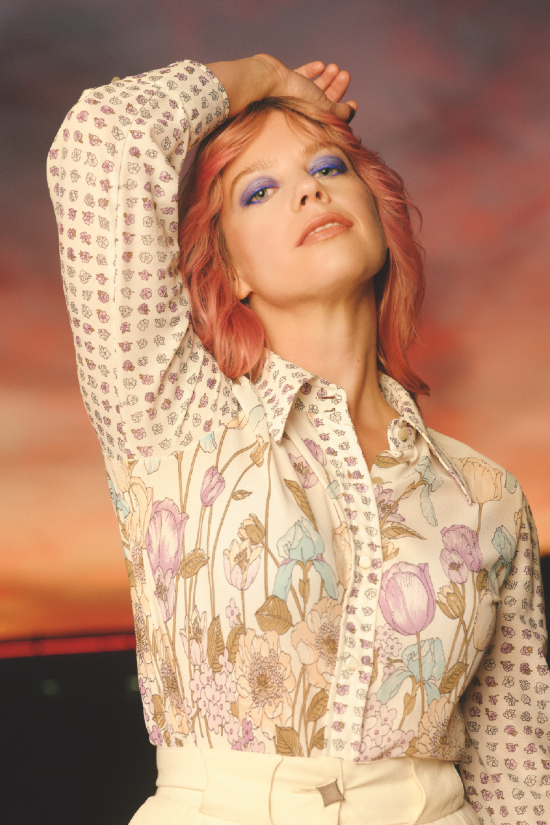 Critically acclaimed singer-songwriter Basia Bulat recorded her newest album, Are You in Love? (out on March 27), surrounded by the ethereal nature of California’s Joshua Tree National Park, even fusing the sound of the howling winds with one of her songs. The result is a moving LP that Bulat describes as “hazy, warm and shimmering.” Dance along with the Etobicoke, Ont., native when she sets out on her North American tour this month.

Accessories For Your Home 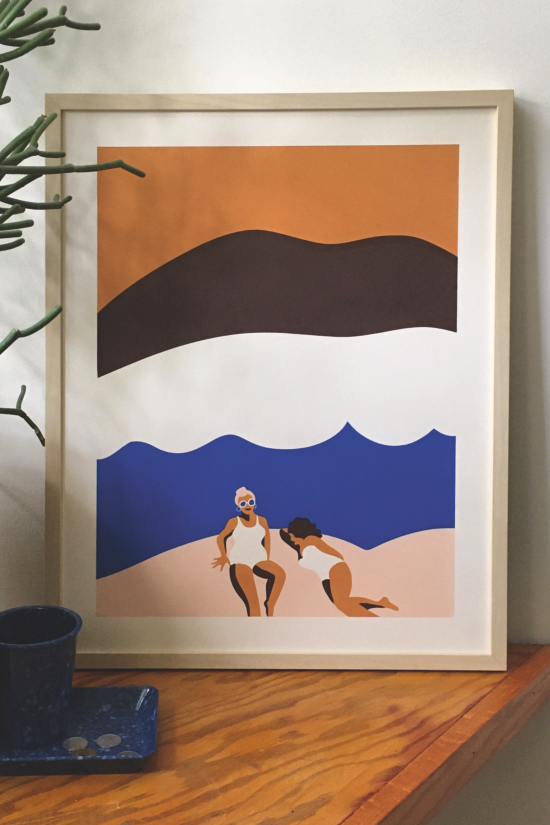 Proceed with caution when browsing artist Stephanie Cheng’s site, because you will want one of everything. The Toronto-based designer, illustrator and screen printer creates super-vibrant and fun tea towels, prints and throws inspired by the human form. Her work ranges from pop-culture images like the championship-winning Toronto Raptors to stunning landscapes. How many Drake prints does one need? Hint: The limit does not exist. (From $25, stephaniecheng.ca) 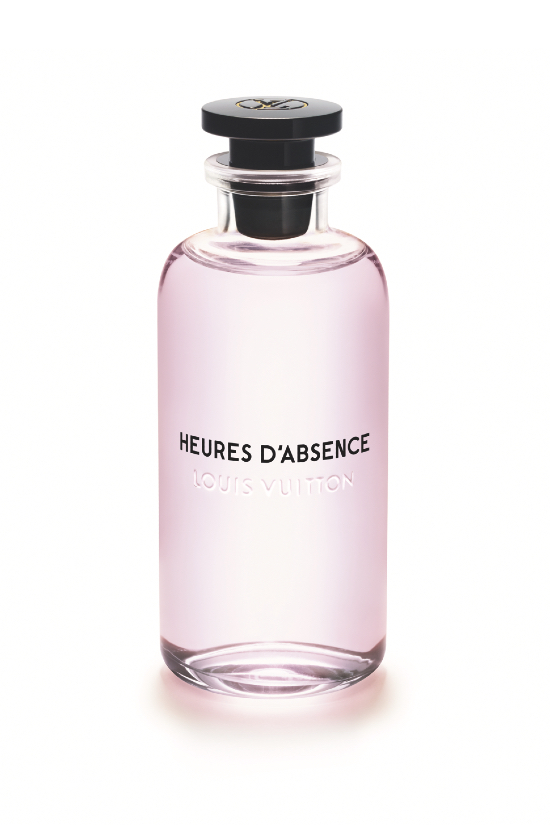 Nearly a century after Louis Vuitton launched its first-ever perfume—inspired by the freedom of travel and named after the family’s country home—the fragrance is making a comeback. Heures d’Absence is an ode to that legacy but with a modern touch. The long-lost original formula has been reinvented with fresh notes of jasmine from Grasse and China, raspberry and a hint of Sri Lankan sandalwood. ($290 for 100 mL, louisvuitton.com) 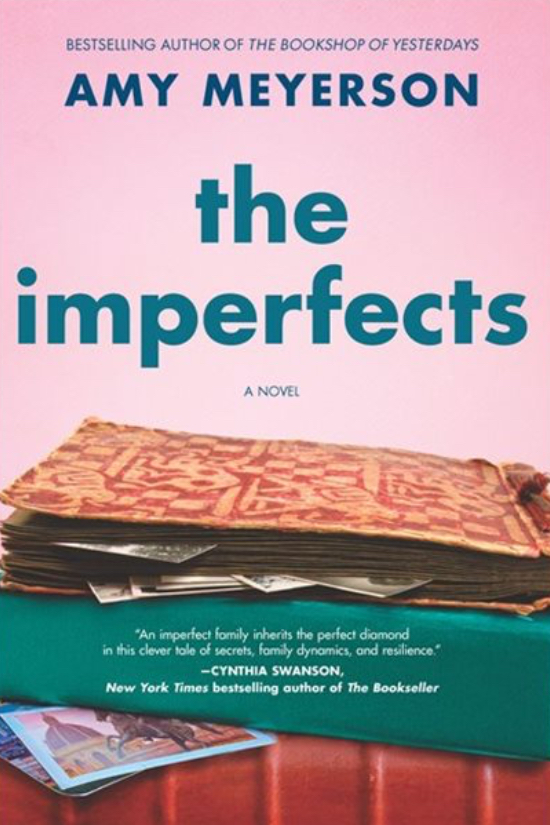 Inspired by the true story of the real, still-missing Florentine Diamond, The Imperfects by best-selling author Amy Meyerson tells the story of how a priceless inheritance leads one family to an endless pursuit of the truth. When estranged siblings Beck, Ashley and Jake find themselves back home after the passing of their grandmother, where they suddenly find the 137-carat yellow gemstone, they must race to determine whether they are the rightful heirs to the fortune. 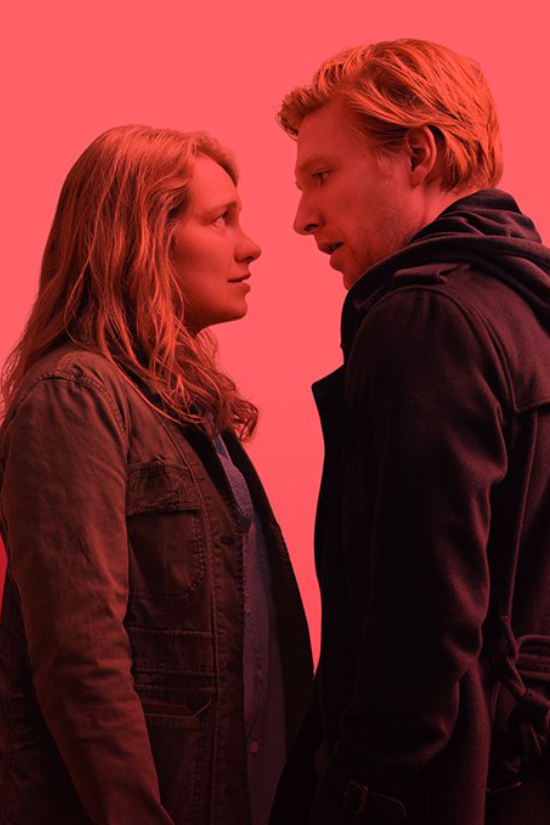 Run, executive produced by none other than Phoebe Waller-Bridge, is HBO’s new comedy thriller about two ex-lovers activating an old plan to disappear together. Walking away from their ordinary lives, Ruby (played by Merritt Wever) and Billy (played by Domhnall Gleeson) must navigate tension, chemistry and uncertainty as they fulfill their college promise made to one another. 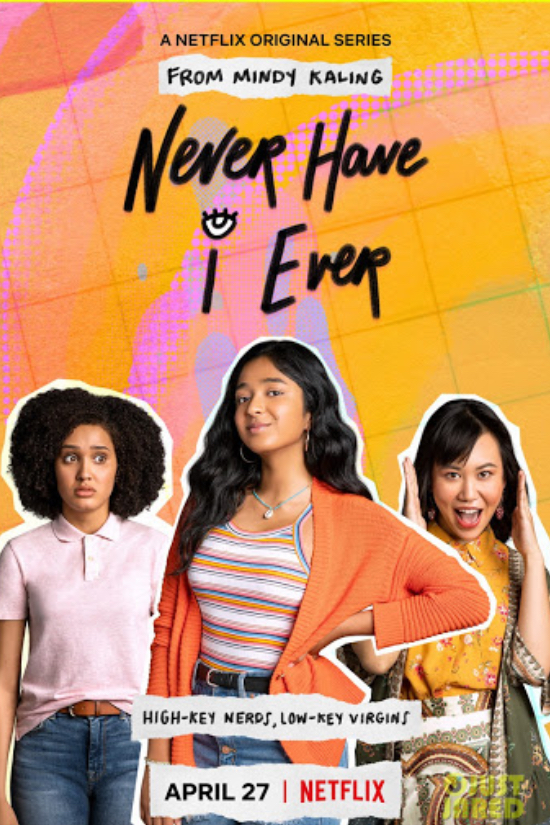 Never Have I Ever, Mindy Kaling’s latest television project, follows “the complicated life of a modern-day first-generation Indian-American teenage girl.” The protagonist, Devi Vishwakumar, played by Canadian Maitreyi Ramakrishnan, makes her television debut and was hand-selected by Kaling from a pool of over 15,000 applicants. If we know one thing, it’s that Mindy Kaling makes good TV. Watch the hilarious trailer here. 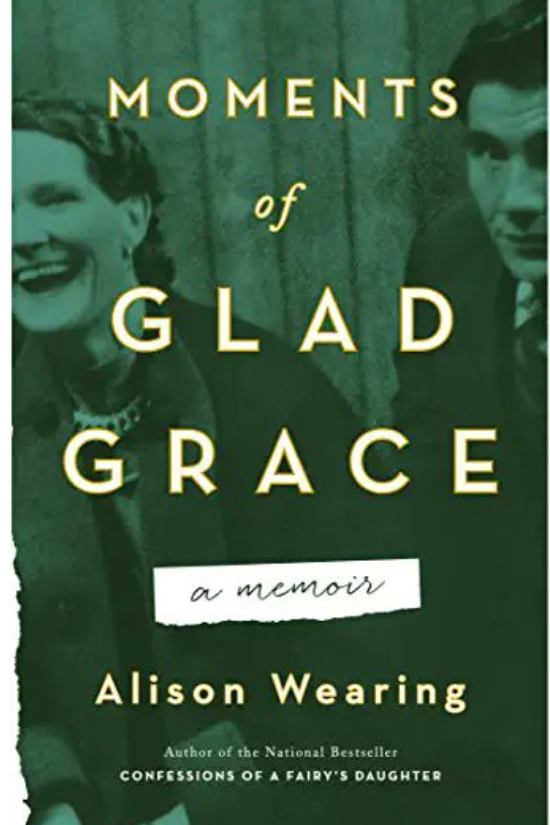 Award-winning author and performer Alison Wearing bring us an emotive exploration of what ties us to our ancestry, our homelands and our families with her new memoir, Moments of Glad Grace. Wearing recounts a trip to Ireland with her father as they uncover their family’s genealogy, resulting in embellished stories of strangers, residents, and even her own relatives. 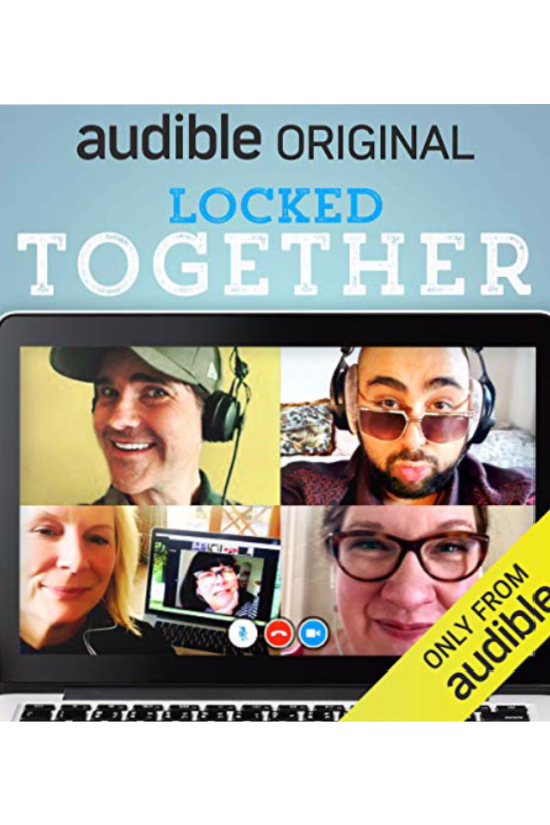 Audible.ca is looking to provide some relief with their new podcast, Locked Together. With guests like Sarah Millican (a BAFTA nominee and British Comedy Award winner) and Canadian comedian Katherine Ryan, this podcast brings together beloved comedic duos, as they invite you into their homes for uplifting and entertaining chats about how they’re coping with this new normal.