What's on Our Pop Culture Radar in April 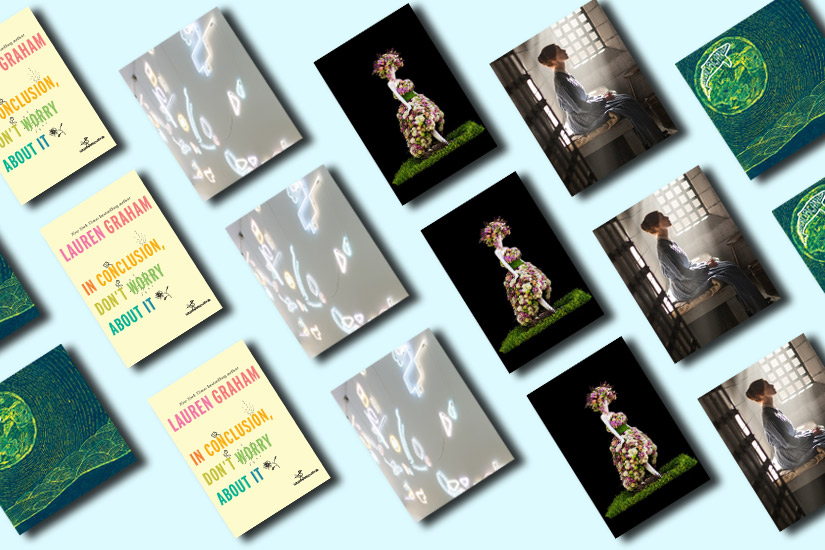 Admit it: you’ve caught yourself wishing Lorelai Gilmore was your mom/big sister/mentor pretty much every time you sat down for a Gilmore Girls marathon. Lauren Graham’s third book, In Conclusion, Don’t Worry About It, is the next best thing. An expansion of the 2017 commencement speech she gave at her hometown high school in Virginia, in it Graham imparts advice on growing up, following your dreams and being yourself.

Paris, New York and…Saskatoon? Yep, the prairie city is the latest It art destination, thanks to the new Remai Modern museum. It boasts over 8,000 words of art, including one of the world’s largest collections of Picasso’s linocuts (prints made of designs cut into linoleum). Poring over these and other displays, like Pae White’s Lucky Charms (neon figures created as a form of light therapy for seasonal affective disorder), will likely leave you hungry, so be sure to grab a bite at Shift, the chill in-house eatery overlooking the Saskatchewan River.

#tbt Three weeks ago today our first ever tour group visited Remai Modern. In the time since thousands more have come to experience the new museum. Thank you Saskatoon for being so supportive of the arts in your city! Photo featuring Pae White’s “Lucky Charms”

If we had asked everyone in synth-pop supergroup Superorganism to make us a spring playlist, we probably could have filled the magazine. (For the uninitiated, there are eight people from almost as many countries in the ensemble, whose single “Everybody Wants to Be Famous” might be your current earworm.) The band’s eponymous first album is out now and ready to be ready to be added to your work-in-progress summer playlists. And while you’re at it, check out our May 2018 issue—New Zealander Emily (the band members are like Madonna, they don’t use last names) shared what tracks he has on repeat.

Does it feel like this winter is never going to end, or is that just us? Instead of escaping the cold by daydreaming up your next summer vacation, head over to Toronto-based photographer Joshua Jensen-Nagle’s latest exhibit, Dreams & Journeys. Debuting at the Bau-Xi Gallery in Toronto this month, his latest collection showcases European architecture, while his painterly aesthetic will transport you directly into warmer weather.

Don’t freak out if you missed Alias Grace, the miniseries based on Margaret Atwood’s 1996 book of the same name, during its original CBC run: Netflix has your back. The six-episode co-production between the Canadian broadcaster and streaming giant— which was written by Sarah Polley and stars Sarah Gadon, both Toronto natives—is finally available to binge on the service. Inspired by true events, Alias Grace finds Grace Marks (Gadon), an Irish immigrant and domestic server, accused of murdering her wealthy employer and his housekeeper. The show addresses sexual abuse and male privilege throughout, making it the perfect complement to the second season of The Handmaid’s Tale, which premieres on Bravo on April 29.

Fashion meets art meets…flowers? Fleurs De Villes’ Floral Mannequin Series embarks on its third annual tour of Canada this month. The five-day exhibition—which is making stops in six shopping centres across the country—brings together florists and fashion brands to dress mannequins in stunning displays made with fresh flowers. And yes, as you peruse the one-of-a-kind creations, you can stop to pick some flowers (just not off the mannequins, please).

Whether it’s on screen in movies like Moonlight and Hidden Figures or with her electrifying music, Janelle Monáe never fails to wow. For her latest track off of her upcoming album Dirty Computer, “PYNK,” the multi-hyphenate re-teams with Canadian musician Grimes. The result: a joyful celebration of inclusive feminism and queer sexuality. The accompanying music video is stunning and features at least two things you definitely want to see: a Tessa Thompson cameo and vagina pants.