What to Watch on Streaming This May

Just when you think you've seen it all, here are our viewing recommendations on Netflix, Prime Video, Crave and more. 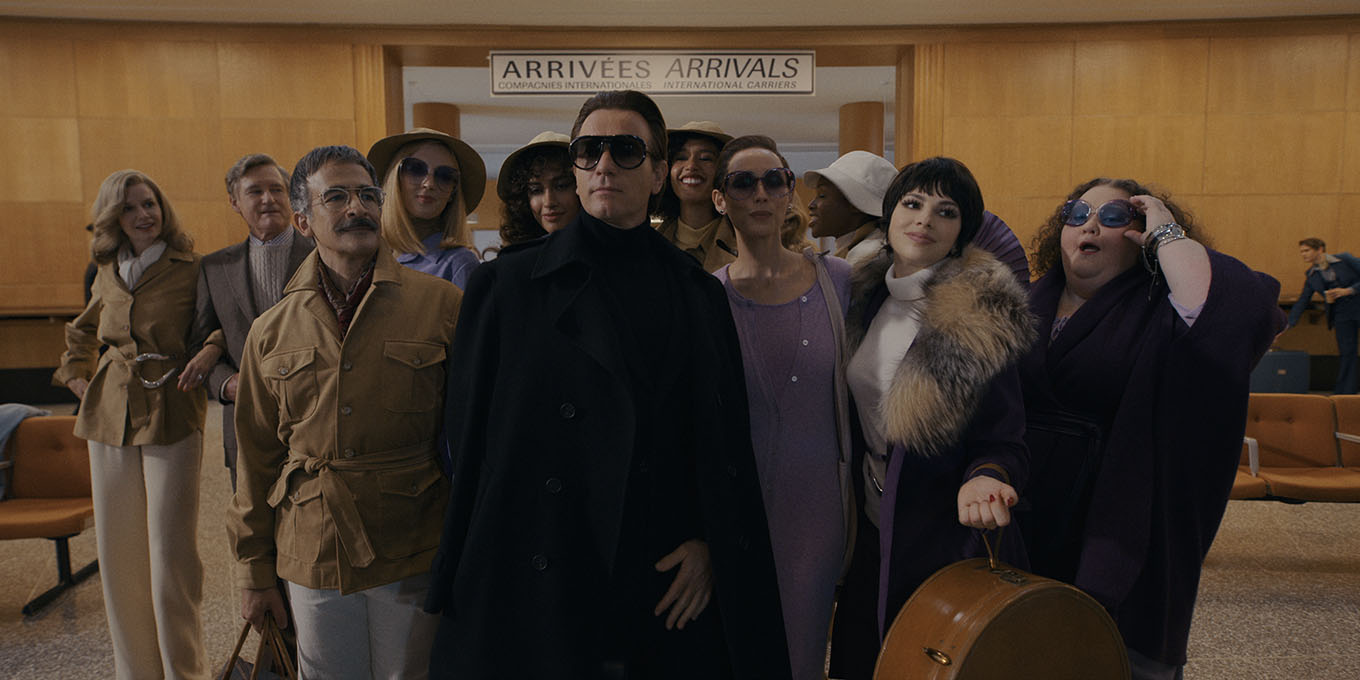 With the beginning of each new month comes a whole host of movies and TV shows. And with so many streaming services dividing our attention with their constantly growing libraries, it can feel impossible to know what’s actually worth our time. Here, we break down what you should be checking out asap.

You’ll want to go into Oxygen, a French sci-fi thriller starring Mélanie Laurent, knowing as little as possible. The twisty movie follows a woman (Laurent) as she fights to survive after waking up in a cryogenic chamber with only 33 percent remaining. To complicate things further, the woman has no idea who she is. A word to the wise: maybe don’t watch this one at the end of a stressful day.

Another month, another glitzy drama from prolific Hollywood producer Ryan Murphy and the rest of his team. This time, it’s Halston, which follows influential designer Roy Halston Frowick (known mononymously as Halston) as he rises to fame and creates a beloved fashion empire in the ‘70s and ‘80s and then has to fight to protect his name from a hostile takeover. The cast also includes Krysta Rodriguez (Smash) as icon Liza Minnelli, a close friend of the designer, Rebecca Dayan (The Neon Demon) as Elsa Peretti, the famous jewellery designer who worked with Halston, Gian Franco Rodriguez as artist Victor Hugo, Halston’s on-and-off partner and Gilmore Girls’ Kelly Bishop as trailblazing fashion publicist Eleanor Lambert.

Comedian Ziwe Fumudoh created one of the first must-see Instagram Live shows early on in the pandemic, putting guests – including celebs like Alyssa Milano and Caroline Calloway – on the spot with cutting, direct questions like “How many Black people do you know?” Now, the rising star has her own variety show, featuring riotous musical numbers, hilarious sketches and even more guests and uncomfortable interviews that put her talents front and centre.

You kept hearing about it during awards season, now you can finally stream Sound of Metal this month. Riz Ahmed – who became the first-ever Muslim actor to be nominated in the Best Actor category at the Oscars for his performance, btw – stars in the drama as Ruben, a travelling metal drummer who loses his hearing and must confront his past, and what it means for his future.

Ten years after wrapping its third season, critically-acclaimed HBO drama In Treatment is back with new episodes – and it’s going to look a little different. The latest iteration stars Orange Is the New Black’s Uzo Aduba as Dr. Brooke Taylor, an L.A. therapist helping patients navigate modern issues – and yes, the pandemic is one of those concerns. (Relatable.) The highly anticipated fourth season comes with a bonus, too: two new episodes will drop every week for a double dose of the emotional journey.

The Underground Railroad (May 14)

At long last, Bary Jenkins, the Academy Award-winning filmmaker behind Moonlight and If Beale Street Could Talk, is back. This time, it’s for his first television series, an adaptation of American writer Colson Whitehead’s Pulitzer Prize-winning historical fiction novel, The Underground Railroad. The intense drama takes place in an alternate timeline in which the Underground Railroad – the one we know as a network of hidden routes, safe houses and people that Black people used to escape enslavement – is an actual railroad made up of trains, tracks and conductors, and follows Cora (South African star Thuso Mbedu) on her complicated journey riding the route.

We don’t really know much about Solos, Amazon Prime Video’s character-driven anthology series that “explores the deeper meaning of human connection,” to be honest. But what we do know is intriguing. And what exactly do we know? Namely that the cast is seriously packed with celebs: Anne Hathaway, Helen Mirren, Uzo Aduba, Constance Wu, Anthony Mackie and Dan Stevens all have roles in the seven-part series, and that’s just to name a few.

Bestselling YA novelist Lauren Oliver is making the jump to TV. The Before I Fall author has created and written an on-screen adaptation of her teen drama Panic. The series is set in a small Texas town, where the graduating high school class compete in a series of winner-takes-all challenges. The prize? A very large amount of money, and the chance to escape their town. But what are they willing to risk to come out on top?

Are you one of the (many) people who got a little too invested in the maybe-real, maybe-manufactured teen Disney star drama that took over TikTok earlier this year? It’s okay, we’ve also had Olivia Rodrigo’s “Driver License” on repeat for months — and ended up bingeing the first season of this earnest Disney+ series as a result. The debut of the show’s second season finally gives us a chance to see if any of the behind-the-scenes drama between Rodrigo and her co-star/rumoured ex mentioned in the pop hit carries over on screen. But we can’t lie: We’re also looking forward to revisiting the HSM soundtrack, too.

Good news: There’s still plenty of time to catch up on the first season of charming Apple TV+ Britcom Trying before the second launches later this month. The feel-good series follows Nikki and Jason, a couple navigating the adoption process after discovering they’re unable to conceive a child all while also trying to make it seem like they have it altogether. (Spoiler: They don’t, because who does?) Season two finds Nikki and Jason trying to match with a child and start the process of officially adopting them.

No trailer yet, but S1 recap video

What to Watch on Streaming This April
The Handmaid’s Tale Season 4: Everything We Know
15 Black-Made Movies and TV Shows You Can Watch (or Rewatch) Right Now