What the stars of ‘Big Little Lies’ are up to

No rest for the wickedly talented. 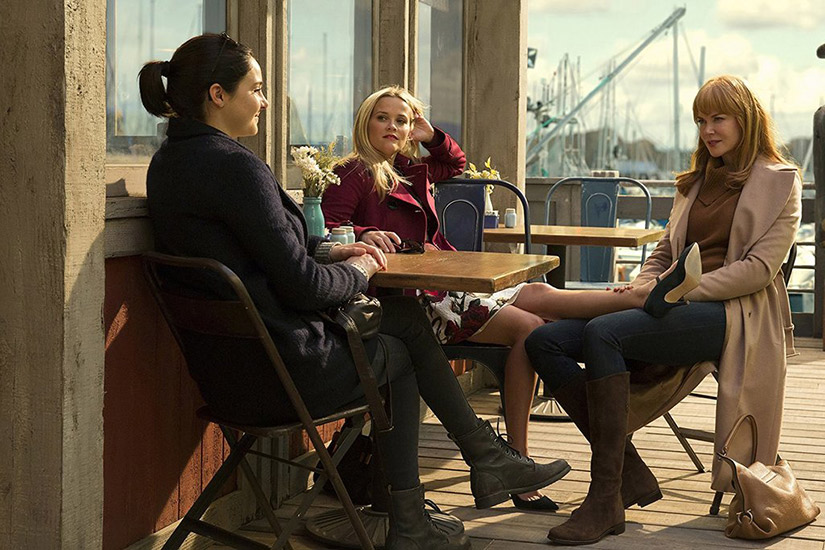 Remember how happy you were when you found out Big Little Lies was coming back for a second season? And then remember when you found out that you’d have to wait until 2019 for any more drama from Monterey (including the arrival of Meryl Streep as Perry White’s mom).

Well, we can’t time travel (sorry), but we can make the next year easier for you by keeping you in the loop about what the stars who play the mom bosses of Monterey are up to.

Just like her character Madeline Mackenzie, Reese is pretty much running the show this year (although in Hollywood, not Monterey). Currently starring as Mrs.WhatsIt in the Disney epic A Wrinkle in Time,  she’s next teaming up with Kerry Washington to produce and star in the television adaptation of another novel, Little Fires Everywhere. The series is based on the book by Celeste Ng is about a wealthy family whose lives become entangled with two of their tenants.

Nicole Kidman is doing double duty at HBO, starring in the new miniseries The Undoing based on Jean Hanff Korelitz’s book You Should Have Known. Kidman plays the lead role of Grace Sachs in the psychological thriller about a successful therapist who is suddenly confronted with terrifying revelations about her own husband and marriage. Kidman and her Big Little Lies showrunner David E. Kelly are co-producers.

Shailene Woodley is back on the big screen this summer. She stars alongside Sam Claflin in the film Adrift, based on the true story of a young a couple’s experience sailing through one of the most catastrophic hurricanes in history. Bring Kleenex.

Zoë Kravitz has two films coming out this year. Up first is the sci-fi action flick, Kin coming to theatres in August, which co-stars Dennis Quaid. She also has a role in the Fantastic Beasts: The Crimes of Grindelwald.

We don’t know how she does it, but Dern is starring in five films this year. Her drama-mystery The Tale, which was released in January, was one of the most buzzed about films at the Sundance Film Festival. She also stars in biography films Trial by Fire and JT Leroy as well as action-thriller Hard Power with Emmy Rossum and Liam Neeson. An untitled comedy co-starring Greta Gerwig and Scarlett Johanssen round out her filmography for the year. Hopefully, she managed a vacation in between takes.