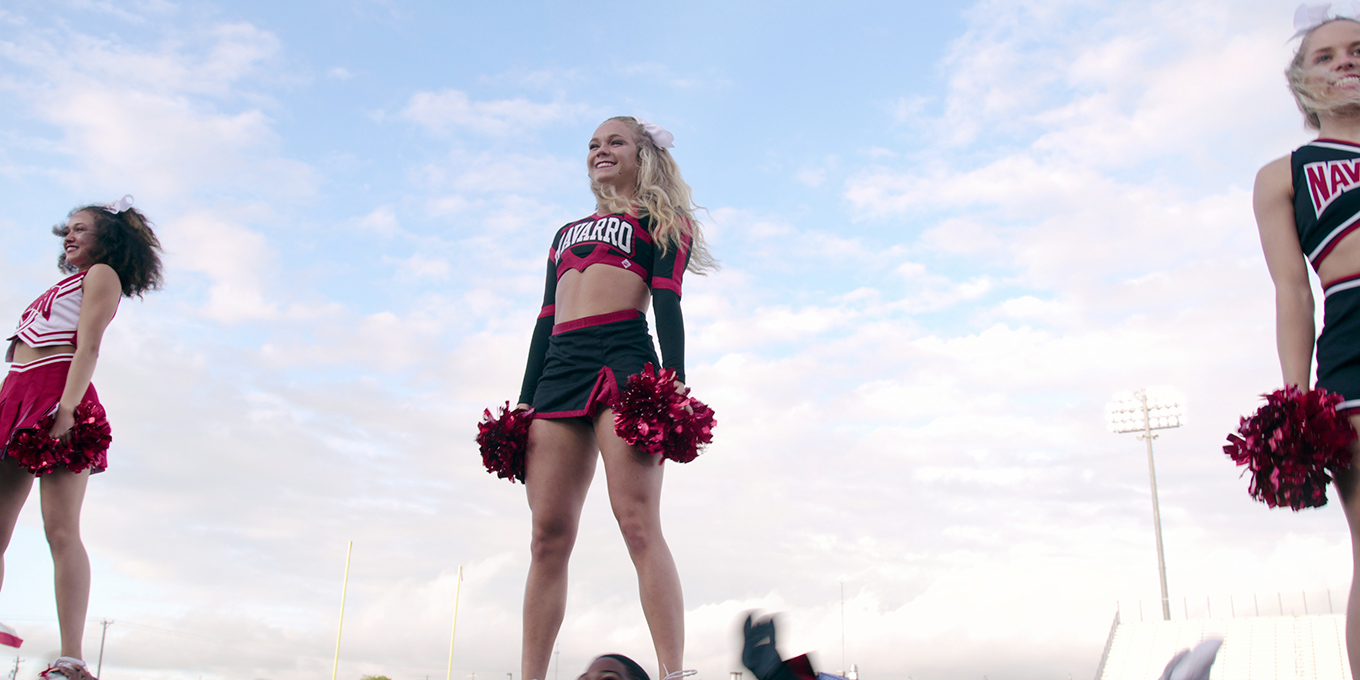 We are officially in peak Cheer mode. What was life before the Netflix docuseries premiered, before all the mat talk permeated our consciousness? It’s safe to say that the Navarro cheerleaders have captivated our hearts and minds with their unbridled enthusiasm, determination and inspiring personal journeys. For anyone who is not so lucky to be riding the Cheer wave, it’s a revealing six-episode TV series detailing a Texas college cheerleading team’s path to the National Cheerleaders Association (NCA) College Nationals in Daytona, Florida.

The cast is currently making the press rounds, having appeared on The Ellen Show and The Late Show with Stephen Colbert. When the series finished, it was inferred that some team members still had one more year at Navarro College in Corsicana, Texas, while others were graduating. Here’s what they are up to now.

Jerry Harris is jumping on the spon-con train. According to The Hollywood Reporter, he’s just been signed to influencer management company, Digital Brand Architects and its parent agency, UTA. His gofundme page was also revived, with donations continuing to pour in (as viewers of the show are aware, Jerry’s mother passed away and a fund was set up by cheer moms from his home gym to cover his future expenses).

As far as his relationship to Navarro goes, Cheer fans know that at the end of the series, Jerry was accepted into the University of Louisville on scholarship. He did attend Louisville for a semester, but has now returned to Navarro to complete his Associate’s Degree in kinesiology, according to Vulture.

“I just thought it wasn’t the place for me,” he told Vulture. “I wanted to be where it was home for me, so I reached out to Monica seeing if she had any room for me and she did. So I decided to make the decision myself to come back and just live my life and just be somewhere where I wanted to be.”

He also has done mat talk on Ellen and for a Netflix Twitter video, where he was greeting (read: screaming words of encouragement) at office building employees. He was even the red carpet correspondent for Ellen at this year’s Oscars, where he interviewed Billie Eilish and Brad Pitt.

Oh and if you want a personalized mat talk video from Jerry, he is now on Cameo. It will cost you $150, but can you put a price on pure joy?

Sweet Morgan Simianer has had a busy past few weeks, teaching Kendall Jenner a routine on Ellen and eating sour candies with teammate Lexi for our viewing enjoyment. She is back at Navarro for a third season and told Vogue that she couldn’t be happier.

“I love the atmosphere, the community, and the people. I don’t ever want to leave,” she said. “Even though my life has been very hectic these days, I wouldn’t change any of these opportunities for anything. Once the press and practices calm down, I plan on going back to my normal routine and hang out with my boyfriend.”

Finally, if you find yourself saying, “Is that Morgan from Cheer??” while you’re absentmindedly watching a Buick car commercial, the answer is yes. She is now a #BuickAmbassador.

Gabi Butler has been a fixture in the cheer scene long before the Netflix series premiered. The show actually focused on her public image as an influencer/athlete hybrid, so she now has an even larger audience (1.3 million Instagram followers and counting). She has recently revived her YouTube channel with some behind-the-scenes footage from Daytona.

It looks like Gabi is also still at Navarro completing her final year, based on an Instagram photo she posted with coach Monica. “Getting the chance to be coached by you one last time is truly a blessing ❤️ you are always gonna be like a second mom to me. I love you Monica… this ones for you #lastonebestone”

Getting the chance to be coached by you one last time is truly a blessing ❤️ you are always gonna be like a second mom to me. I love you Monica… this ones for you #lastonebestone

She told Cosmopolitan that cheer is a future possibility beyond college. “I think I could be really good at it if I was ever to be a coach or something. I just kind of go with the way life takes me and I go with the flow of things. Who knows what I’ll be doing!”

Most recently, her and teammate Lexi Brumback attended New York Fashion Week. They gave mat talk while sitting front row at  the Brandon Maxwell show and hung out with Eva Chen.

Gimme a B! #Cheer’s @lexisbrumback and @gabibutler1617 rooted on every model from @brandonmaxwell’s front row and needless to say we’re fully obsessed.

When Cheer ended, it was revealed that Lexi Brumback was kicked off the team.

She is now back at Navarro. Similar to Jerry, she attended a different college after leaving Navarro, but told Entertainment Tonight that she talked to their coach, Monica Aldama and was able to return to the team.

She is also killing it on social media.

When Cheer ended, La’Darius Marashall’s future looked somewhat unclear. He was teaching at a cheer gym in Florida and expressed interest in joining the military.

He’s back at Navarro now and told IndieWire he feels proud that he was able to share difficult parts of his life on Cheer, such as childhood abuse. “I feel like God sent me for those people to show them – ‘Hey, you can go through something, but that doesn’t mean you have to let that define you for the rest of your life.”

What’s On our Pop Culture Radar This February