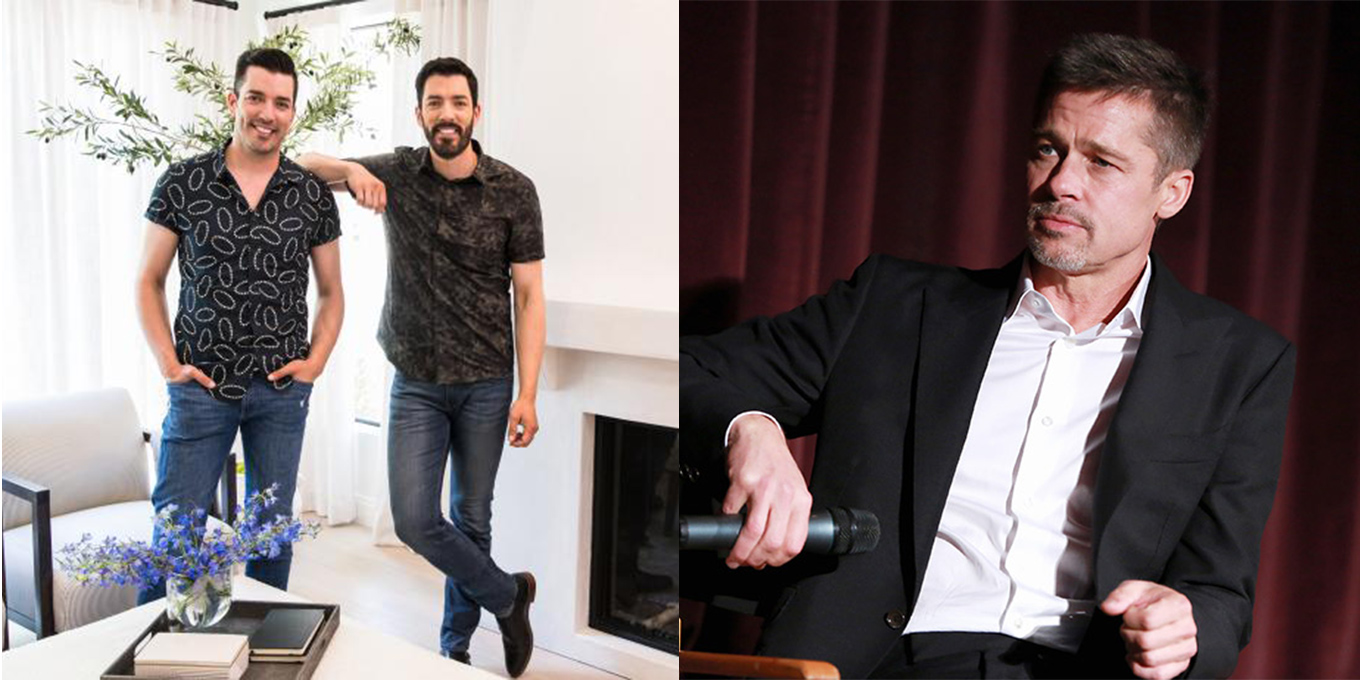 Your cabin fever-induced vivid dream of Brad Pitt renovating a home with the Property Brothers is indeed a real thing. To be more specific, Pitt is a guest on the new Property Brothers spinoff series, Celebrity IOU, in which stars collaborate with Canadian hosts Drew and Jonathan Scott on renovations for loved ones.

Pitt joined the Scott brothers to renovate his longtime friend and makeup artist Jean Ann Black’s home in Santa Monica, according to Vanity Fair. “I will be honest: when you called us, I thought it was a prank call,” Drew says of Pitt in the episode, via VF.

According to VF, Pitt’s main priorities for Black’s home reno are a new makeup table for her clients, a luxurious shower and a pricey folding glass door. We many not be able to watch anything on the big screen in theatres for the next little while, but watching Brad Pitt pick out floor tiles and contemplate hardwood samples seems to be the next best thing.

Other guests on Celebrity IOU will include Viola Davis, Melissa McCarthy and Rebel Wilson.

You can watch Pitt in the first episode of Celebrity IOU, premiering on April 13 at 10 p.m. EST on HGTV Canada.