Electronic dance music was built on inclusivity. Why doesn’t mainstream EDM reflect that? 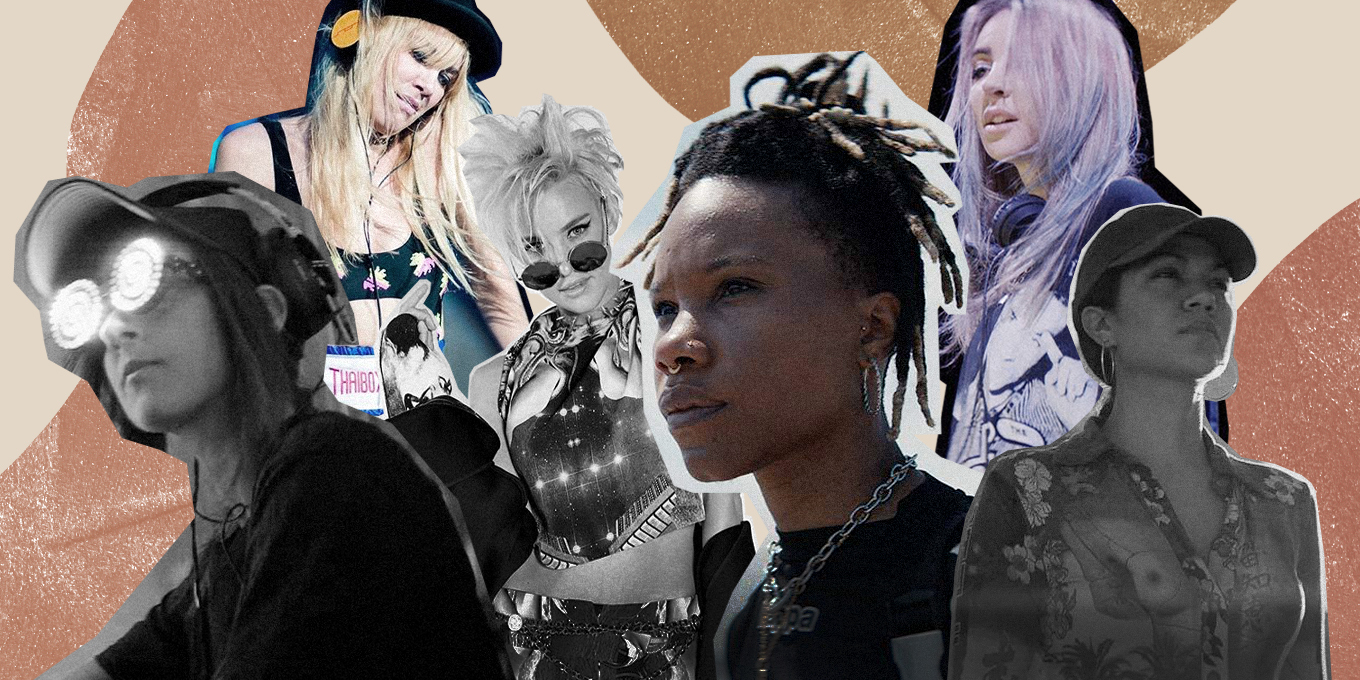 For artists, landing on Billboard’s annual Top 100 DJ list isn’t just a PR win – it’s a financial one too. “They’re going to get booked more, they’re going to get paid more,” says Stacey Lee, director of music-industry doc Underplayed, of those who make the list and are seen as a safe bet by music festival promoters who need to sell tickets. Over the last two years, only 7 percent of Billboard’s Top 100 DJs were women; in 2019, only five women made the list. (No list was released in 2020.)

In Underplayed, set to premiere at the Toronto International Film Festival, Lee looks at the past and present of electronic music (EDM) to understand how a music scene built on the ideals of inclusion and intersectionality by marginalized communities in Chicago and Detroit – and pioneered by trailblazing women, like Suzanne Ciani, a five-time Grammy nominee, Delia Derbyshire, who arranged the Doctor Who theme song, and Wendy Carlos, who helped develop the Moog synthesizer – has effectively erased women from both the mainstream and underground scenes. The film was executive produced by Canadian music video director Julien Christian Lutz, previously known as Director X, and Bud Light Canada, a major sponsor of global music events, as part of the brand’s commitment to correct gender inequality in the space.

Prior to filming over the summer 2019 music festival season, Lee spent three months talking to major players in the industry to see if the abysmal stats were reflective of their lived experiences. They, perhaps unsurprisingly, were, but Lee found artists were hesitant to be interviewed due to “fatigue” around the issue. “Female artists are sick of being called a “female” producer and being defined by or questioned about the female perspective for a quick soundbite,” says Lee, who we reached in California ahead of Underplayed’s world premiere. (Due to the pandemic, she is unable to travel to Canada for TIFF). “As I was approaching this film, I was very, very sensitive to that – not just to talk about the fact that they’re female, but also just how much it [shouldn’t] matter.”

Lee points to Alison Wonderland, an Australian featured in the film who produces and arranges her music, plays cello, performs with a live band and has recently started singing live on stage, all in addition to DJing. “She’s doing everything,” says Lee. “That’s a conversation that’s actually about female talent and not just about being a female.”

this time last year at EDC LV where I played 2 sets. Thank u to anyone who plays my music :’) can’t wait til this shit is over so we can do this again

Lee also made a point to hear from men, including producer Mark Ronson, in the industry. “Just as we’ve seen with the Black Lives Matter movement, and a lot of the other really important social movements, it’s not the responsibility of the people who are experiencing the problem to solve it,” says Lee. “If you’ve only got one side of the population contributing to trying to solve this issue, then it’s going to take a lot longer. It was really important the film have a multidimensional point of view that includes males, otherwise, it’s just women screaming into the void and that’s not going to solve anything.”

In the film, we watch L.A.-based Tokimonsta mix the noise of a slamming truck door, two rocks clapping together and the sharp staccato of a snare drum to create a sound no one else has. “My identity is transparency in my process; the more I share that with people, the more they know what I make is mine,” says the Grammy-nominated artist, a strategy born from the fact her early work was often wrongly attributed to the men in her life: “[I would hear], Oh Tokimonista, she didn’t even make that, her boyfriend made it.” Suzanne Rogers, Prince’s sound engineer in the 1980s, echoes this statement: “One of the worst questions people can ask a producer, and I don’t know if men get asked this question as often as I have been, is, so which ideas were yours? What did you actually do?”

Prepping for more social distancing studio days bc the beat goes on 🥁 How have you all adjusted to this “new normal”?

Behind the scenes, the gender disparity is worse. According to the Annenberg Institute, less than three percent of production and technical roles are held by women. That number drops to 0.3 percent for women of colour. To correct this imbalance, Underplayed emphasizes the impact of how festivals are curated and the need for established artists to have inclusion riders. “Yes people go to festivals to see big names, but they also go to discover,” says Lee.

In 2015, as part of the Keychange Initiative, which encourages festivals to include underrepresented artists in their lineup and reach a 50/50 gender balance, Toronto music festival North by Northeast (NXNE) booked little-known artist Lizzo to play a small stage. When she returned to Toronto last year, she sold 60,000 tickets. “It’s never a risk to book a woman,” says Jen Fox, operations director for the festival. It’s a message that needs to be heard now, more than ever, as the music industry reels from the impact of the coronavirus pandemic.

“It’s so important for every person, brand and company that touches the music space play an active role in driving change,” says Natalie Lucas, director of marketing for Bud Light Canada. “We did what we could in the moment by mandating equal representation at our festival after parties, and hosted workshops and panels with Women in Music Canada and Intersessions, but our hope is that Underplayed will force people to pay attention – a first step to fuelling impactful change.”

“I’ll be curious to see when the music industry gets back up and running, hopefully in 2021, how that curation process works,” says Lee. “Because of loss of money in sales, are we going to an even more ‘safe bet’ world, or is this a time where we’ve evolved and looked at our industry and figured out ways to be both profitable and representative of the world around us? Unless you give those voices a chance, they’re never going to make it to the main stage.”

Underplayed will screen at TIFF on Saturday, September 19, followed by a live performance by REZZ. Get tickets here.