This TIFF, global L'Oréal Paris ambassador Eva Longoria is working to amplify the voices of the women pioneering change in the film industry. We caught up with the actor, producer and director to find out how she's working alongside the brand to elevate women in the arts. 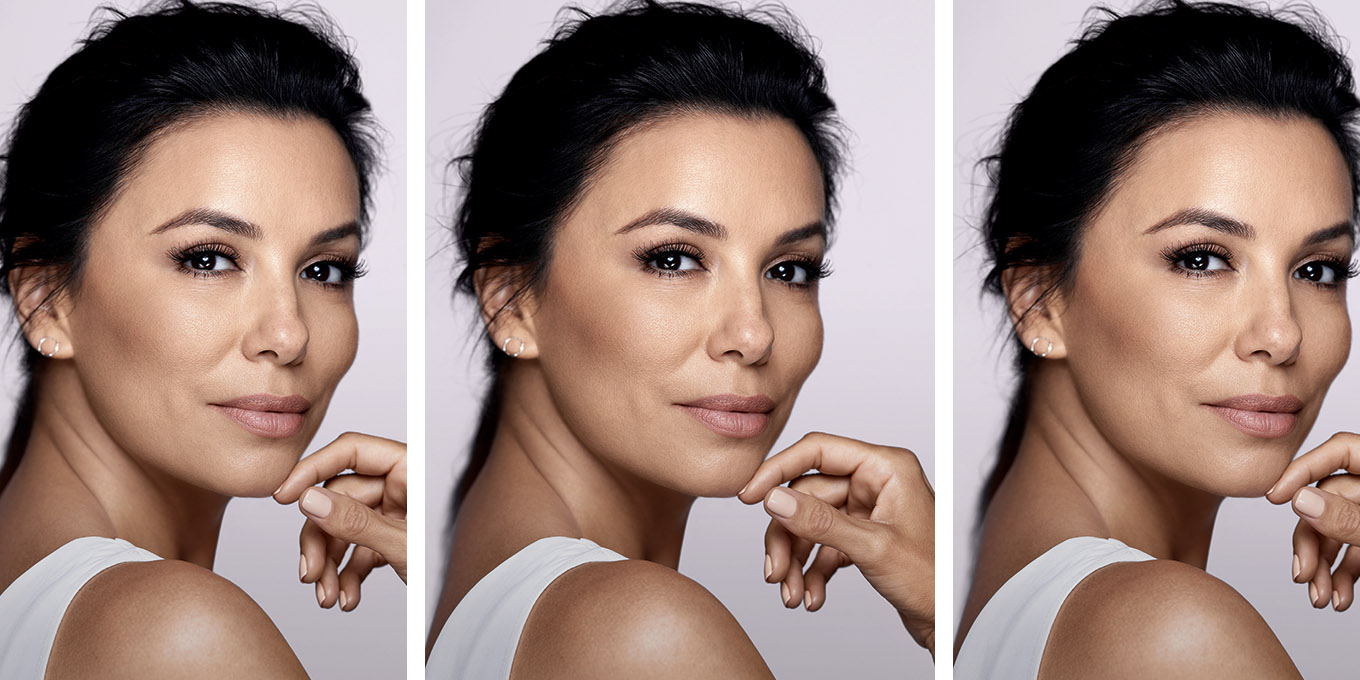 In collaboration with L’Oréal Paris–official beauty sponsor of the 46th annual TIFF–Eva Longoria will be presenting this year’s Emerging Talent Award, which recognizes the outstanding contributions of a new filmmaker. This year’s award recipient is Canadian filmmaker Danis Goulet, for her highly anticipated debut feature Night Raiders.

We caught up with Longoria via Zoom to discuss the obstacles she faced as a woman who worked her way up the industry, how we can keep pushing to amplify and diversify female voices in film, and of course, her role as a L’Oréal Paris spokesperson.

Tell us about how you first got into the film industry– was there ever a moment when you realized cinema was your passion?

“I didn’t grow up with a set desire to become an actress. I went to college and during the last year of my undergraduate program, I couldn’t afford the tuition. Because of this, I entered a scholarship pageant (which is technically a beauty pageant). I ended up winning the competition and in my prize package was a trip to L.A. I had never acted in my life–I didn’t even know if Hollywood was east or west of Texas! I just thought this could be a really fun vaca. So I went and competed in a talent program, which I also won. From that moment, I had endless talent managers and agents wanting to sign me. Around then, J.Lo and Ricky Martin were really exploding in Hollywood and being a Latina happened to work in my favour at the time. I called my mom from L.A. and told her I was going to stay and try out acting. It was a very spur-of-the-moment circumstance. I went to an agency to get a job, took classes and started learning the craft and that’s how my journey into the world of film started.”

Can you share some of the experiences and obstacles you’ve faced as a woman in the film industry?

“Being a female in film has its obstacles no matter your role. Growing up in that world–whether it be sexist cinematographers who are questioning your every shot, or not being able to secure a producing position because of your gender–no matter what your role is, there’s a lot of sexism. When I started directing 15 years ago, there weren’t as many female directors. They were out there, but they just weren’t getting hired. Now, there are all these initiatives and gender parity programs in place where women are getting these opportunities. It’s really exciting because there are so many talented female directors. The industry’s shift towards more gender parity behind the camera is very important to me and I’m happy we’re starting to see that happen.”

What’s your advice for emerging filmmakers or actors? Or even those hesitant to start a career in film?

“Be prepared and learn the craft. If your goal is to be famous, pick another industry. Cinema is about the craft of filmmaking and the art of acting and it’s a dream come true if that’s your end goal. But if your goal is to be famous, this is not the place for you because there is just so much rejection. Not only that, but there is also a shelf life for actors and actresses, there’s ageism and sexism. Especially as a woman, you have to be twice as prepared, twice as good, twice as disciplined—twice as everything. You need to expect that, show up with that understanding and work hard every day.”

Can you discuss the importance of women supporting one another across all industries?

“That’s actually what I’m most proud of regarding my work with the Times Up movement. As a community, we really linked arms across all industries to promote gender equality and create safe workplaces for women. It created this global conversation where women began to notice that we’re all facing the same issues, from an actress to a dentist and a lawyer. This conversation was important to have as it created a sisterhood and sense of community among women. Now we need to continue elevating the conversation, linking arms and supporting each other in our daily fight against patriarchy.”

How can we keep pushing for the amplification and diversification of female voices in film?

“I think that the audience has incredible ownership. As a filmmaker, director, producer and actress, I can only do so much. I can get the project to the finish line and put it out into the universe. But it’s then our job as a community of women to support those films and TV projects and show the gatekeepers and the people in power that women have buying power and that we continue to show up. There’s a huge responsibility that our audience has, whether it’s women, people of colour, the Latino community, or the Black community. Whatever it is, we need to go and buy that movie ticket and support these women.”

Are you currently working on any projects that we should keep our eyes peeled for?

“I actually just finished my feature directorial debut called Flamin Hot for Searchlight. It’s the true story of Richard Montañez who was a janitor working at Frito-Lay and created the Flaming Hot Cheeto, which became the number one snack in the world. It’s a beautiful story of perseverance and rags-to-riches that explores the theme that opportunity is not distributed equally.”

Working with L’Oréal means working with a group of such powerful and influential women. Can you shed some light on your work with the brand and what being an ambassador means to you?

“I absolutely love L’Oréal. They really understand the power they have. They have the most diverse group of ambassadors and the most diverse views of what beauty is. They acknowledge that beauty comes in many sizes, colours, countries and languages. It’s not just about hair and makeup, it’s about finding your value. And to be a part of a company that understands the power they have to shape and guide the conversation about self-worth is really important to me.”

Lastly, is there a film you’re most looking forward to watching at this year’s TIFF?

“Yes! I’m super excited to watch Danis Goulet’s Night Raiders. I’ve heard so many amazing things and I’ve been so impressed by everything I’ve been hearing about this woman and filmmaker.”