The director shares why she was the perfect person to lead the film. 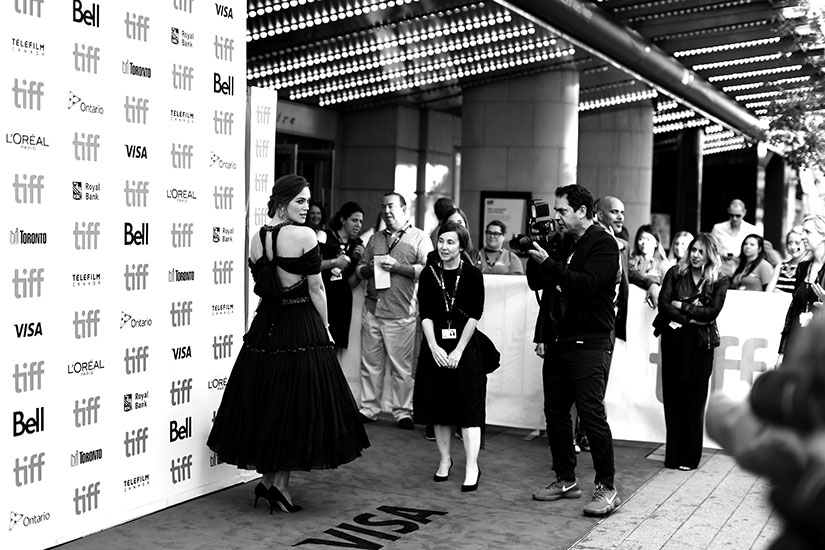 Fans lined up outside of the Princess of Wales Theatre (some wearing the British flag) to catch a glimpse of Keira Knightley and the cast of Colette as they arrived for the film’s Canadian premiere — and they did not disappoint.

Set in the early-20th-century, this historical drama tells the story of Sidonie-Gabrielle Colette, the French writer who clashes with her older, publisher husband when her widely-celebrated debut novel is falsely credited to him. Adding to the rocky relationship is the fact that they’re both having extramarital affairs — with the same woman. The film is an exploration of Colette and her fight to have her voice heard while challenging social and gender conventions in Belle Époque Paris.

We caught up with director Wash Westmoreland — who came to TIFF last in 2014 for the world premiere of Still Alice — and he told us why Keira Knightley, who plays Colette, and Dominic West, who plays her husband Willy, were the natural choices to lead the film.

“Keira was a natural go-to because she has such personal charisma and electricity, such intelligence and such innate kind of sensuality that she could bring to the character and she immediately got it and wanted it do it,” he told us.

On Keira’s co-star, he shared, “The character behaves despicably but Dominic has a lot of personal charm that he uses to sell that and I think a lot of powerful men who behave badly have this and often it’s not addressed. They’re not monsters with horns coming out of their heads — they actually can be very charming, very seductive people who just use that to their own ends.”

After the premiere, the cast partied with Grey Goose at Soho House. Frothy Le Fizz cocktails were passed around as Dominic West joked around with his costar Denise Gough. Kiera Knightley spent the majority of the evening huddled on couch by the fireplace. The soundtrack of the party was on-theme, with plenty of classical French tunes.

Dominic West and Kiera Knightley at Soho House during TIFF