We also talked to Archie from Riverdale! 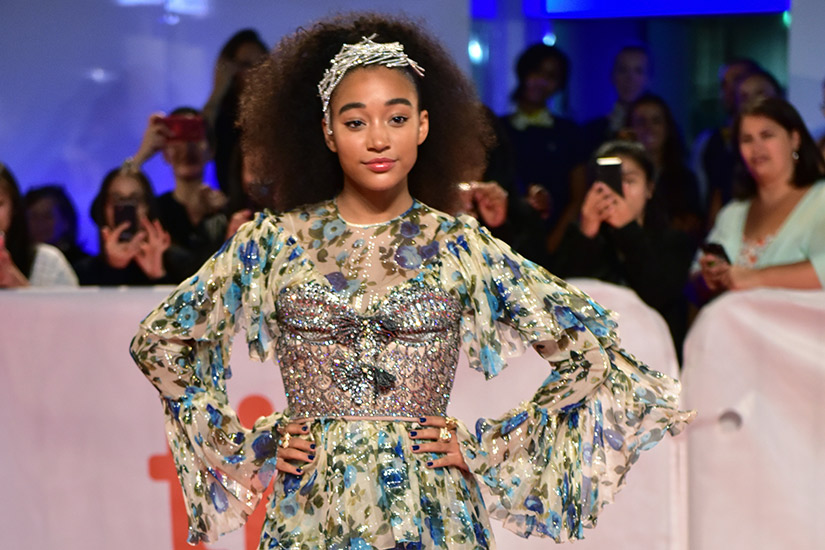 Fri-yay, indeed. TIFF opening weekend kicked off with about a zillion (give or take) celeb-studded premieres, including The Hate U Give, starring Amandla Stenberg, Issa Rae, Anthony Mackie, and more.

“It feels amazing! I’m so excited,” Stenberg, 19, told us on the red carpet at Roy Thomson Hall. “[This film tackles] some really heavy issues, but it’s also a really joyous occasion and a joyous film and there’s a lot of hope.”

In the movie, based on the bestseller by Angie Thomas, Stenberg plays a teen whose best friend is killed when their car is pulled over by the police. “Unfortunately [police brutality] has been and will continue to unless we are galvanized to action when it comes to reform of laws, gun control reform, when it comes to the humanization of black people in America,” said Stenberg. “That’s why I was drawn to this role.”

Adds Rae, who plays an activist in the film: “It’s a young girl asking…’How do I use my voice, how do I get justice for him and how do I get people to believe that black lives matter,’” she says of the film. “That’s something I think about every day.”

For Rae, who writes and produces and stars in Insecure, filming her first feature film was well, kind of a break. “I love just being a vessel to someone else’s vision. I love that I didn’t have to have the answers to all the questions behind the scenes. I got to show up,” she laughs.

Riverdale star KJ Apa also found himself exploring new territory. “It’s the first time I’ve ever been a part of a film that deals with real-life issues,” he said. “To step out of the high school realm and jump in to something more meaningful taught me a lot. It helped me to realize my own privilege.”

This was the New Zealand actor’s second time in Toronto and his first TIFF. And he was smitten. “So far, it’s amazing what’s not to love about it?”