TIFF 2017 Day 4: We all scream for Jennifer Lawrence 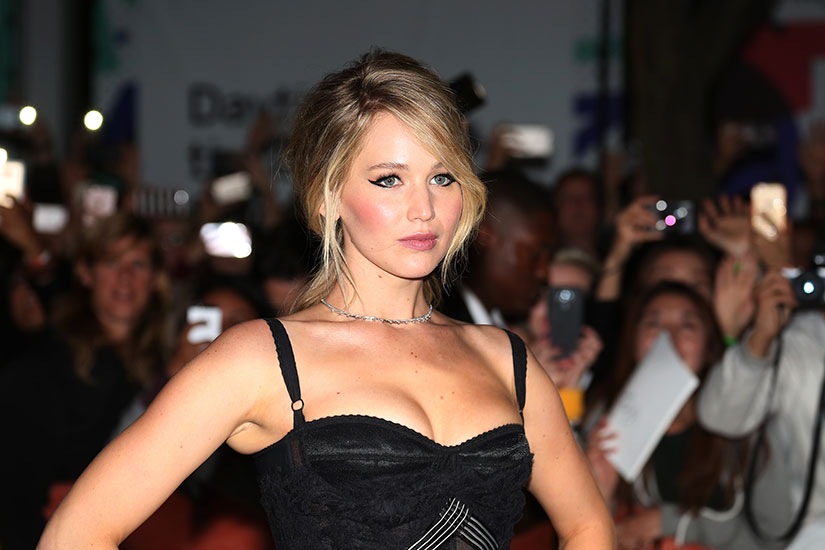 The red carpet at The Princess of Wales theatre is inside the lobby of the venerable theatre, so the only clue awaiting media have that the stars of a movie have arrived is the screams from the fans outside.

At the premiere of Mother! at TIFF on Sunday night, Jennifer Lawrence, in Dolce & Gabbana, predictably drew the loudest cheers from onlookers who had started gathering hours before the premiere.

Lawrence plays a woman who appears to be losing her mind while her husband (Javier Bardem) seems not to notice/care as they entertain guests (Ed Harris, Michelle Pfeiffer) in their Victorian mansion. The psychological thriller is directed by Darren Aronofsky, who is also Lawrence’s BF. And it’s intense. Like, really, really intense. J. Law told us on the red carpet that in one scene she tore her diaphragm from crying so hard. “It took a long time to heal, but emotionally I was better as soon as I finished that scene and I could go home and drink wine.” (Btw, her eyeliner game was impeccable — especially up close.)

She and Aronofsky walked the red carpet separately but he told us this: “I cast Jennifer because I needed talent. The whole film was based around her and she is just a whirlwind of talent so I knew I could trust her.”

P.S. The movie was filmed in Montreal and the cast tried to make the most of it. “I don’t get to go out that much. But I did get to eat a lot of the great food,” said Aronofsky. “The guys at Joe Beef were really good to me and then all over I got to eat like a king but otherwise I was working!”