TIFF 2017 Day 3: That time we partied with Nicole Kidman and George Clooney in the same night

"The best part of TIFF is always the parties, dahhhling." 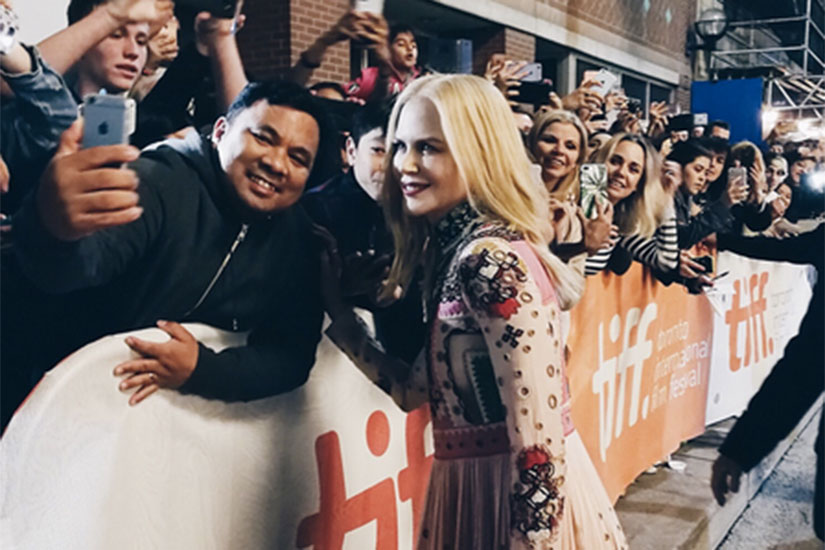 There was magic in the air as I stepped into my taxi and headed off to King Street, anticipating the string of glamorous film fest parties that lay ahead of me. “The best part of TIFF is always the parties, dahhhhling!” a friend of mine had told me earlier in the day. After checking my carefully applied perfect red lip in the backseat ­– what other shade does one even wear in the presence of Nicole Kidman – I weaved through the mass of fans waiting outside the Suburbicon premiere party at Patria (co-hosted and co-sponsored by Audi Canada and Nespresso), trying to catch a glimpse of Mr. Clooney himself.

When he arrived, (his megawatt smile and signature salt-and-pepper hair making me re-consider the age of guys I am interested in), he posed for photos with co-star Julianne Moore, happily signing autographs and greeting fans.

Later in the evening at Soho House, I tiptoed up the very exclusive back-staircase to the Killing of a Sacred Deer post premiere party hosted by Grey Goose vodka and Soho House, where stars Nicole Kidman and Colin Farrell sipped on cocktails and ate dinner beside a roaring fire. Yes, I had to pinch myself many times. When the stars finished feasting, almost as if to create a diversion, Farrell and his entourage suddenly left the room in a swirl of commotion, while Kidman quietly snuck out through the kitchen. What a gentleman.

P.S. Speaking of gentlemen, we spotted more than a few making the rounds at The Current War after-party at the Cactus Club – Nicholas Hoult, Benedict Cumberbatch and Michael Shannon to name a few. We saw plenty of plates of sliders and fries headed to their tables. Later, Hoult wisely slipped out and down the back stairs while the party was still going strong. We took it as a sign to head home too for some sweet (and star-studded) dreams.