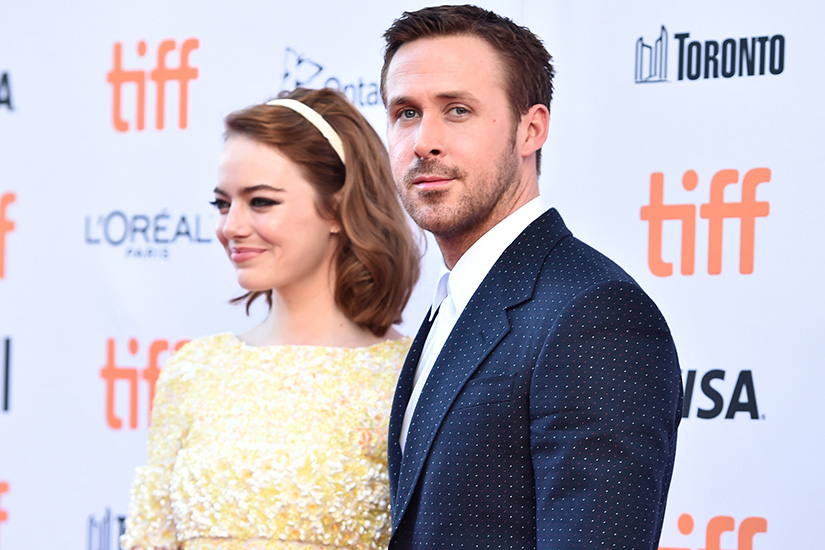 Sure, the Academy Awards are still months away—but it’s common knowledge that debuting well at the Toronto International Film Festival can make the journey to nabbing Oscar just a tiny bit smoother. Here, we count down the five buzziest movies from TIFF.

La La Land
The star power: Ryan Gosling and Emma Stone, in their third (!) onscreen collaboration. The film was directed by Damien Chazelle, whose 2014 flick Whiplash was nominated for five Academy Awards including best picture.

The goss: Critics have compared Gosling’s grace to the late Gene Kelly, but it’s Stone who is receiving the impressive reviews. In fact, she won the title of Best Actress at the Venice Film Festival.

The story: An art gallery owner (Adams) gets a copy of her ex-husband’s violent new book and interprets it as a veiled threat.

The goss: Not only has Ford’s sophomore effort garnered rave reviews from critics, it also won the Grand Jury Prize at the Venice Film Festival. At the very least, you can count on Oscar love for costumes and cinematography, because who can resist that Tom Ford aesthetic?

The Birth of a Nation
The star power: Nate Parker, Arnie Hammer and and Gabrielle Union

The story: The film follows a slave uprising led by Nat Turner, a literate preacher in the deep South.

The goss: Ok, so apparently the movie is amazing, and inspired a prolonged standing ovation at TIFF. But, it’s no secret that Nate Parker’s personal history—he was accused and acquitted of sexual assault in 1999—has tarnished the film’s debut.

The story: After the sudden death of his brother (Chandler), Lee (Affleck) becomes legal guardian to his teenaged nephew.

The goss: Sad story? Check. Boston Accents? Check. This film already has two of the markers that allowed Spotlight to dominate last year. The only hiccup to Manchester nabbing awards season glory will be whether past sexual harassment allegations against Casey Affleck become a focus of attention (see: Nate Parker and Birth of a Nation).

The story: This biographical drama follows the assassination of John F. Kennedy Jr. through the eyes of his wife, Jackie Kennedy.

The goss: The movie was so well-received after its Toronto premiere that it was immediately acquired by Fox Searchlight and given a wide-release date of December. This is unusual—usually, studios acquire films for distribution the following year—so Jackie is obviously Fox’s big pick for Oscar season.