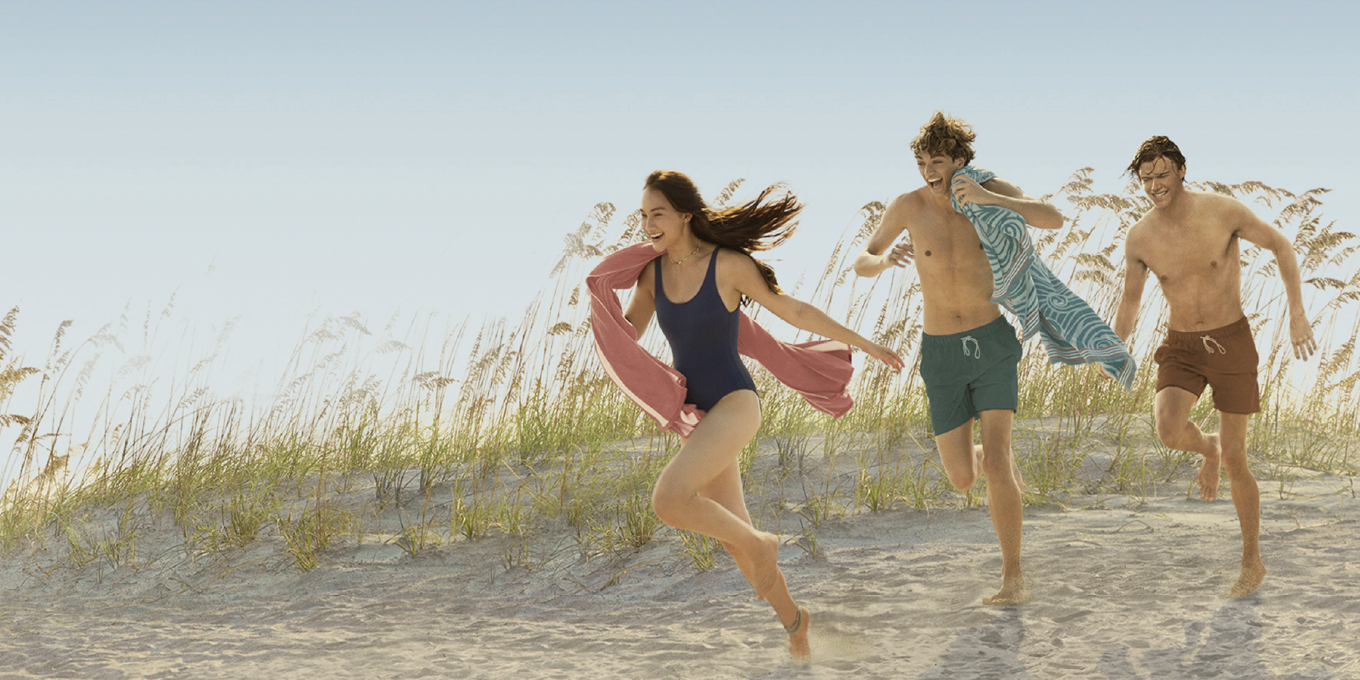 If you were missing the good summer romance movies and TV shows that made you wish your life were a rom-com, we have a new show for you. Based on the novel of the same name by Jenny Han, The Summer I Turned Pretty will make your heart flutter as you think about your first love, friendships and the blissful joy of summer. Yes, Han is the very same author behind the successful To All the Boys books that found a massive audience with the Netflix movie adaptations.

Now, Han will serve as creator and co-showrunner of the seven-episode Prime Video series. The first season is based on the first book in the Summer trilogy. It was also just announced that the series has already been renewed for a season two.

Newcomer Lola Tung plays Isabel — Belly, for short – who lives for her summer time at the beach house with her mom (Jackie Chung), her brother Sean (Sean Kaufman), her mom’s best friend Susannah (Rachel Blanchard), and her two sons, Conrad (Christopher Briney) and Jeremiah (Gavin Casalegno). Every summer she falls more in love with Conrad, but this summer will be different. She turns 16 and boys begin to notice her.

Han’s first book in the Summer series was released in 2009 and fans have been eagerly waiting since for the screen adaptation. In our Zoom interview, Han said “the most important thing to me was that the adaptation felt like it was honouring the book and that the fans would really feel satisfied by this TV show and they would still feel like the spirit of the books was in the show.”

Han has a way with her teen stories, making you laugh and cry and bring back memories of one’s first love and heartbreak. She did that with To All the Boys and fills The Summer I Turned Pretty with the potent mix of summer magic and teen romance.

While I did tell her she’s the queen of rom-coms, she thinks Nora Ephron deserves that title. When asked what the magic formula is that makes her stories such a force of nature, she said: “The key to a successful rom-com is making you care enough about the characters that you care if they get together or not in the end.” Han certainly makes you care for each and every one of her characters. 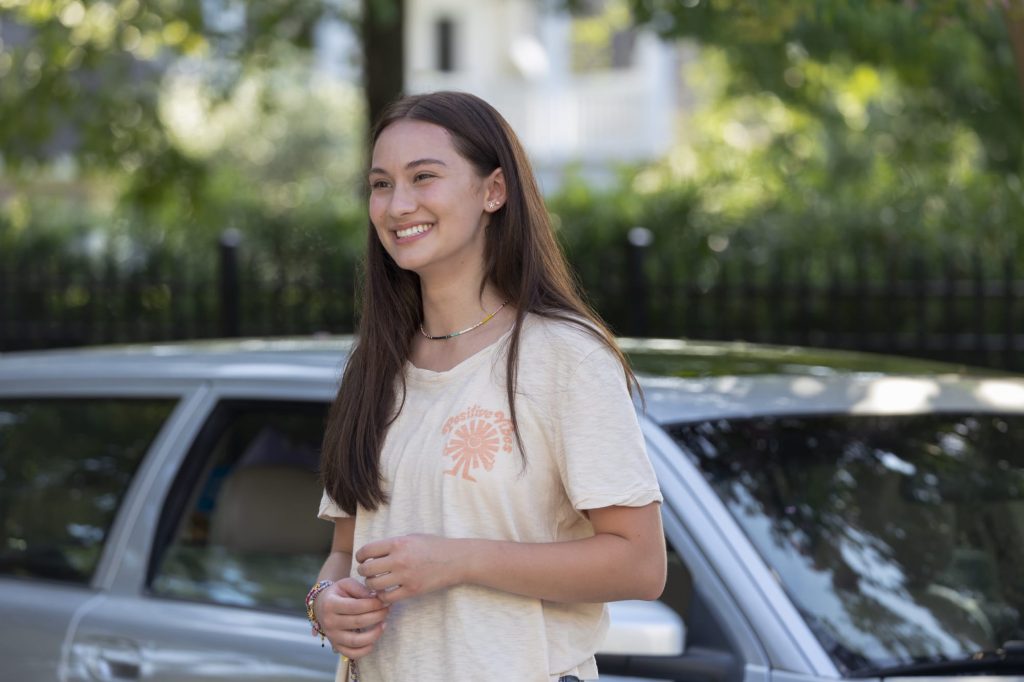 Tung makes a solid debut with her turn as Belly. Over Zoom, the 19-year-old shared: “I think I had a lot of fun filming all of the scenes and working on Belly’s journey. I was really nervous for some of the scenes in the last episode that required a little more intimacy and emotion because it can be hard to get to that place as an actor… that really vulnerable raw space.”

She continues: “I saw a lot of myself in Belly. I’m only a couple years older than her so I very much remember being 16 and being in her shoes. I was never in a love triangle or square…sorry, Cam Cameron is also a part of that love square, but I can remember everything that I was feeling at that time was the biggest thing in the world. And every little event that happened, every fight, every school assignment felt like the biggest thing and I can very much relate to Belly in that way. I also think that like her, I’m a sort of an emotionally driven person. It was really fun to be able to bring her to life because I felt like I could bring some of myself to the character.”

Chemistry On and Off Screen

One thing to note about the series is how organic and authentic the characters feel. The new and young actors played their parts to a tee, as if their bond runs deep in real life too, which from the looks if it, it does.

Casalegno, 23, shared over Zoom that “we were fortunate enough to have to what felt like long weeks together, where we hung out pretty much every single day, and we just really got to grow our friendship and relationship and really just become like a family. So by the time we started filming, I feel like we already were such good friends that it kind of felt like we just knew each other beforehand, like we were old friends, and we’re just very lucky to have that be able to be translated on the screen. And, man, it was so much fun.”

Tung echoed the same sentiments: “I was so lucky to be working with such wonderful actors like Jackie and Sean who played my mother and my brother that it was just so easy for us to be a family on screen because we’re so close off screen and to have Jenny there. It just made everything so much easier.” 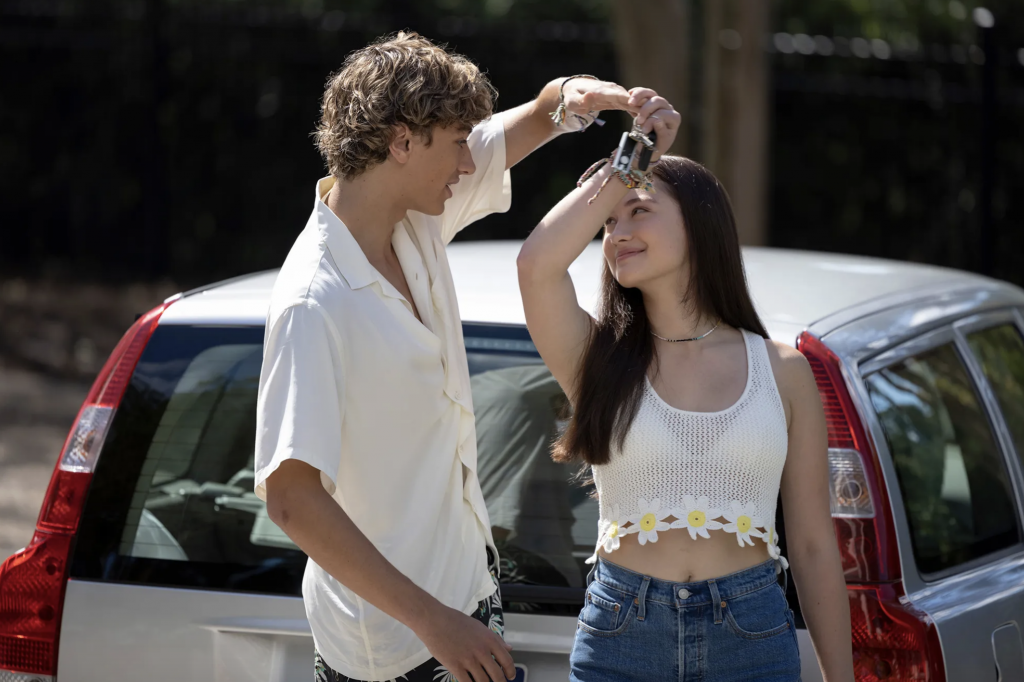 Getting Into The Groove

Without giving much away, the Debutante Ball, which Han added for the adaptation is an important part of the storyline in episode 7. It also happens to feature a solid dance scene with the boys Jeremiah and Steven, played by Casalegno and Kauffman.

Casalegno said, “Honestly, I think the dance scene was so much fun. Sean and I pretty much made the whole dance from scratch which was so much fun just being able to bounce off ideas with each other like, ‘Hey, we should like do something crazy like slide between our legs or like Dirty Dancing. I don’t know we just started coming up with crazy things. But I think it was an excellent way of ending the series and it was just a big ol’ celebration pretty much all week doing dances and such.”

Kauffman agreed and added: “That was one of the last things we did on the last day of shooting and I was in tears by the end of it. It was just the perfect everything ending to this wonderful experience. Doing it with Gavin meant the world to the world, he is amazing and I’m very thankful for that.”

The Rollercoaster of Emotions

The coming-of-age series is filled with all the essential ingredients of a young adult romance: love, heartbreak, jealousy, drama, night swims, sleepovers, misunderstandings, a dance, friendship and family.

Briney, 22, who plays Belly’s crush Conrad, didn’t look to any specific rom-com for inspiration, but says that he loves Notting Hill, calling it a “top-tier rom-com.”

Conrad has a lot more going on in his life that we see on-screen, shrouded in mystery and Belly can’t seem to figure him out. Briney said that a lot of the scenes made him nervous, especially the heavier and more emotional it got. “As an actor, I don’t think you ever get used to anything so the nerves are always bubbling.”

Casalegno revealed that the final episode was certainly a tough one to shoot. “I think one of the tougher scenes that we were all pretty nervous about was in the last scene in episode seven with you, me and Susannah. I think that was a heavy day. We got through it.” 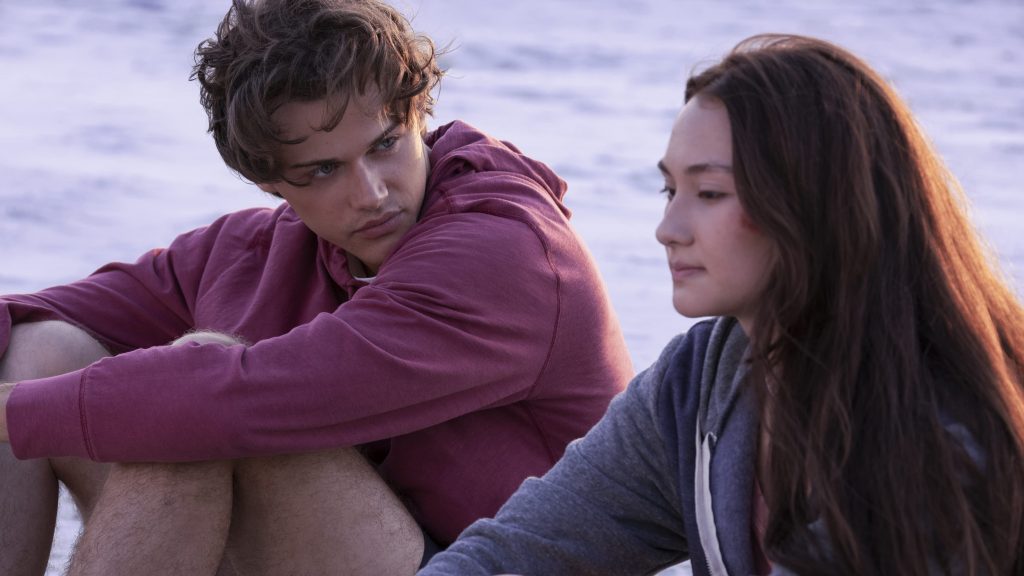 Kauffman: Respect everybody and take time to figure out my feelings.

Casalegn: I would kind of remove myself and just be like, ‘Hey, listen, I want what’s best for you. If you don’t, you know and that’s your decision.”

Ger ready to be in your feelings this summer as The Summer I Turned Pretty premieres today on Prime Video.

Read more:
A Comprehensive List of Rom-Coms to Watch
Julia Stiles Becomes the Queen of Cottage Country in The Lake
Everything We Know About Harry Styles’ New Film My Policeman