The best moments of the 2019 Golden Globes

The highlights everyone will be talking about. 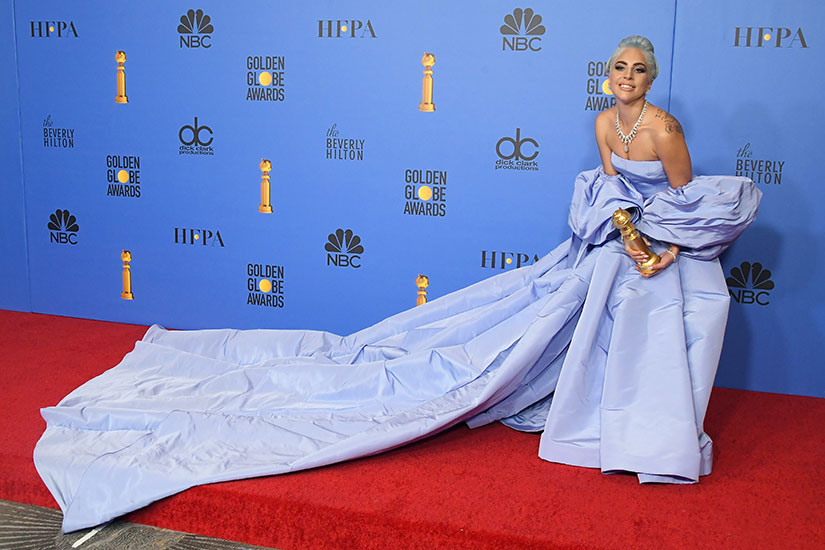 Sandra Oh and Andy Samberg Kill Them with Kindness

The opening monologue from hosts Sandra Oh and Andy Samberg was as hilarious as we’d hoped. The duo started out promising an all-out roast of celebs in the crowd, but instead…aggressively complimented everyone? (One notable moment: Sandra Oh calling out, “Hey, Bradley Cooper! You’re so hot.) Seriously, it’s worth watching again.

To cap off their opening, an emotional Sandra Oh left us with a rousing speech on diversity. “I wanted to be here to look out into this audience and witness this moment of change,” the Canadian actor, who, later in the night, won a Globe for her leading role in Killing Eve, said. “Right now, this moment is real. Trust me it is real, because I see you. All these faces of change. And now, so will everyone else.”

Last year at this time, stars donned all-black ensembles on the Globes red carpet in solidarity with Time’s Up. The movement returned to the show for 2019, albeit in a subtler way. Celebs like Julianne Moore, Idris Elba and Gina Rodriguez wore “Time’s Up x2” bracelets and ribbons to show support on the one-year anniversary.

While on stage accepting her award for Best Supporting Actress in a Motion Picture for her turn in If Beale Street Could Talk, Regina King made a very powerful promise. “In the next two years, I am making a vow to make sure that everything I produce [will have] 50 percent women,” she said, before challenging others to do the same. We can’t wait to see what she does.

Amy Poehler and Maya Rudolph Win Presenters of the Night

The duo poked fun at the unexpected proposal at last year’s Emmy Awards with a proposal of their own. “I cannot believe you’re doing this! Are we stealing focus away from the next award?” Poehler said. “Don’t worry,” Rudolph quipped back. “It’s just Best Screenplay.” Is it too early to nominate hosts for next year’s show?

Is there anything more magical than an awards show proposal? #GoldenGlobes pic.twitter.com/1HeSWN1lpG

Went to bed early to prep for the first full work week back from the holidays? We don’t blame you. Here are the winners you need to know: Alfonso Cuaron won best director for his beautiful black-and-white drama Roma; Christian Bale took home the trophy for best actor in a musical or comedy for his turn in Dick Cheney biopic Vice; Olivia Colman topped the best actress in a musical or comedy category for buzzy flick The Favourite; Rami Malek won best actor in a drama for his take on Freddie Mercury in Bohemian Rhapsody; Glenn Close beat out Lady Gaga for her starring role in drama The Wife (and gave a very moving acceptance speech in the process). Fret not: Gaga didn’t go home empty handed—A Star Is Born anthem “Shallow,” which she co-wrote, took home the best song award. In surprise wins, Green Book and Bohemian Rhapsody won best comedy or musical and best drama respectively.