Everything went down at Hollywood's biggest fete. 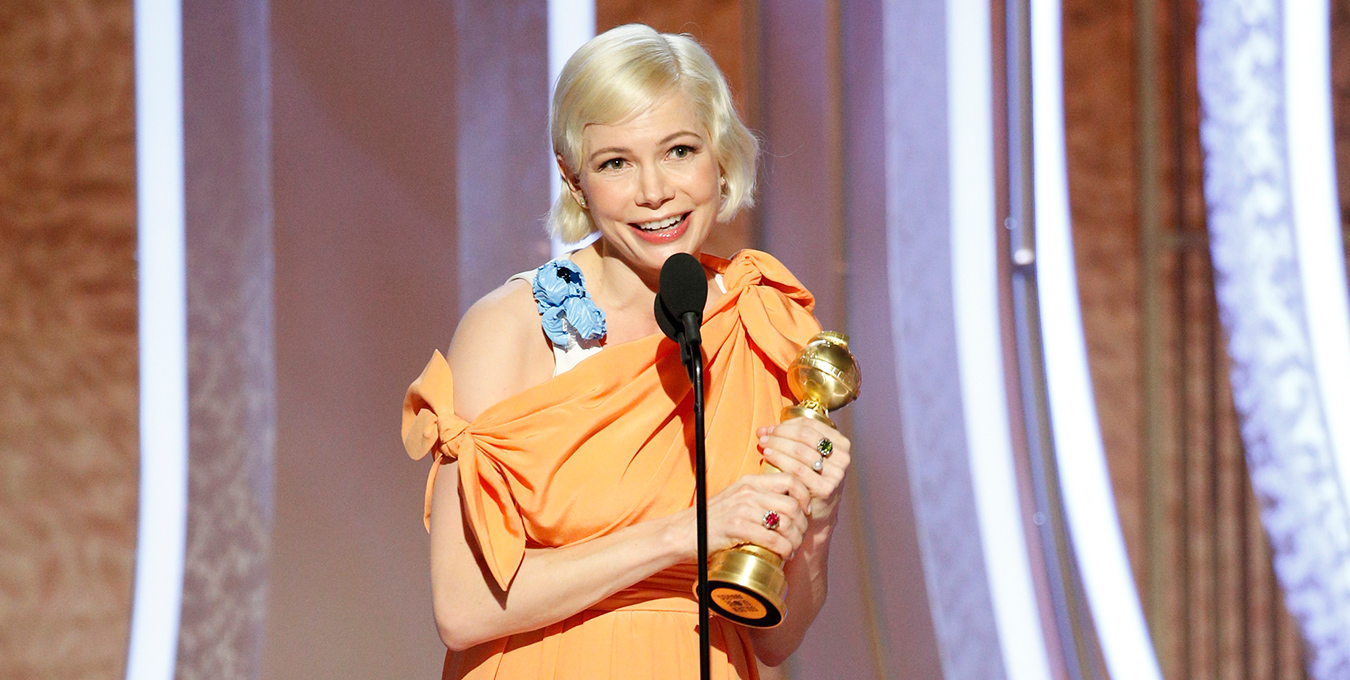 For his fifth turn as Golden Globes host, Ricky Gervais brought big I-don’t-care energy to his opening monologue. We’d argue that it wasn’t very funny and, therefore, not worth rewatching, but there were some celeb reaction shots that made the affair (slightly) worth it. (We’re looking at you, Tom Hanks.)

Whizzing Through the TV Categories

The many TV awards seemingly blurred together. Notable wins include: Ramy Youssef for Best Actor in a Musical or Comedy Series (FYI, his show, Ramy, is streaming on Crave if you’ve yet to check it out); Brian Cox for Best Actor in a Drama Series for his role in Succession, which also took home Best Drama Series; and Fleabag star/creator/genius Phoebe Waller-Bridge for Best Actress in a Comedy Series (because, duh). Patricia Arquette was also recognized for her supporting role in The Act, and, as she normally does, used her time on stage to be one of the few stars to get political.

SNL star Kate McKinnon came out to introduce the lifetime-achievement Carol Burnett Award to Ellen Degeneres and was immediately funnier than Gervais. “In 1997, when Ellen’s sitcom was at the height of its popularity, I was in my mother’s basement lifting weights in front of the mirror and thinking, ‘Am I…gay?’ And I was,” she quipped. The star then got serious, thanking Degeneres for coming out in such a public way. “If I hadn’t seen her on TV, I would have thought, ‘I could never be on TV. They don’t let LGBTQ people be on TV.’ And more than that, I would have gone on thinking that I was an alien and that I maybe even didn’t have a right to be here. So thank you, Ellen, for giving me a shot at a good life.”

When she returned to stage to accept the Best Comedy Series Award for Fleabag, Phoebe Waller-Bridge thanked Obama for including the show on his year-end list. “Personally, I’d like to thank Obama for putting us on his list,” she said. “And as some of you may know, he’s always been on mine. And if you don’t get that joke, watch season one of Fleabag really, really quickly! Thank you so much.” If you know, you know. If you don’t, heed her wise words and watch the show, like, now.

Once again, an Olivia Colman acceptance speech (this time for her leading role in the third season of The Crown) is the best speech of the night. The visibly shocked Brit admitted to being kind of speechless because she’d “gotten a little boozy” thinking she wasn’t going to win. All hail the queen.

Tom Hanks, a.k.a. everyone’s favourite man, was this year’s recipient of the honorary Cecil B. DeMille award. His speech was funny, earnest and will make you cry. Watch it (again) and let it.

There's no crying in baseball, but there is crying during acceptance speeches.

Tom Hanks receives the Cecil B. DeMille Award at The #GoldenGlobes. pic.twitter.com/gDBdZFabrU

Much like Patricia Arquette, Michelle Williams always steps on stage prepared and ready to make a statement (while BFF Busy Philipps is crying in the audience, of course). She didn’t disappoint tonight while accepting her award for Best Actress in a Limited Series for Fosse/Verdon. “Women, 18 to 118, when it is time to vote, please do so in your own self-interest,” she said in her powerful call-to-action. “It is what men have been doing for years, which is why the world looks so much like them. But don’t forget we are the largest voting body in the country.”

Let’s not forget that this is a night also celebrating movies. Winners include: Brad Pitt for Supporting Actor in a Comedy or Musical, Joaquin Phoenix for his starring role in Joker, Laura Dern for Supporting Actress in a Drama, Renée Zellweger for Actress in a Drama for Judy and Taron Egerton for Actor in a Comedy or Musical for his turn as Elton John. Awkwafina (née Nora Lum) also won for her starring role in The Farewell, making her the first-ever East Asian person to win a lead acting award for a movie at the Golden Globes. (Yes, in 2020.) And as for the two big categories of the night: Quentin Tarantino’s Once Upon a Time…in Hollywood took home Best Motion Picture – Comedy or Musical, while war epic 1917 won Best Motion Picture – Drama. Check out the full list of winners from the 2020 Golden Globes here.